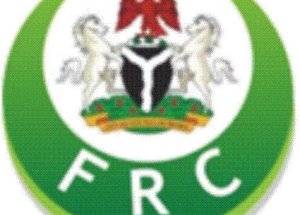 Acting Chairman of the Fiscal Responsibility Commission (FRC), Mr. Raymond Omachi, on Sunday, said the mismanagement of the Excess Crude Account (ECA) is responsible for the liquidity problem the country is currently battling with.
The FRC boss who disclosed this during an interaction with the News Agency of Nigeria (NAN) in Abuja, said, “If the ECA had been properly managed, in accordance with the FRC Act, the country will not have been embroiled in the liquidity crisis being presently experienced.”
The cash crunch has left many states with months of unpaid workers’ salaries while the Federal Government had to resort to borrowing to pay its workers. State governments are currently looking on to the government at the centre for a bailout.
According to Omachi, the ECA was established in 2004 to protect planned budget against shortfalls due to volatile crude oil prices.
He added that the FRC Act stated that savings from the ECA should not be accessed until oil price falls below the predetermined level for a period of three consecutive months.
He said that the sum accessed should be limited to the amount that would bring the revenue of government to the level contained in its budget estimates.
He, however, noted that over the years, the commission had noticed withdrawals that were contrary to this and had raised alarm severally at the way the ECA was being brazenly depleted.
The FRC boss stated, “In essence, the non-compliance with the relevant sections of the Fiscal Responsibility Act, 2007, is the cause of the financial management problem being experienced by the country in the light of the sliding oil price.
“If the account had been intact, the effect of declining oil price will have been accommodated with the ECA buffer to finance the budget.”
The management of the ECA pitched state governors against the administration of President Goodluck Jonathan with the governors accusing the immediate past government of spending from the account without carrying state governments along.
At a meeting held on May 20, 2015, state governors alleged that the last administration had spent $20billion from the ECA.
While reading the resolution of the meeting, former chairman of Nigeria Governors Forum, Rotimi Amaechi, said: “In the light of the fact that funds in the Excess Crude Account were last disbursed in May 2013, there is need for the Minister of Finance and Coordinating Minister for the Economy, Dr. Ngozi Okonjo-Iweala, to provide explanation for accruals to the account from June 2013 to April 2015, which is estimated at over $20 billion.”
In her swift response to this, Okonjo-Iweala said the issue of explaining accruals to the ECA had no basis as the Federation Account Allocation Committee (FAAC) met every month “and the ECA is discussed at every session with all the state commissioners of finance present.”
In a statement issued by her Special Adviser, Mr. Paul Nwabuikwu, the minister added,
“Nothing is hidden. At these meetings, the Honourable Minister of State, who is the Chair of FAAC, announces the balance in the ECA, which is then discussed. So governors who want any information about the ECA should ask for details from their commissioners who should have the records of what was discussed and agreed upon.”
But again during the inauguration of the Nigeria Economic Council (NEC) by President Muhammadu Buhari n Abuja last week Monday, the ECA issue arose and Governor Adams Oshiomhole of Edo State alleged that the former administration spent $2.1billion without the approval of NEC.
However, Okonjo-Iweala strongly refuted that, saying there was no time the government spent unauthorized money from the account.
In a statement issued by Nwabuiku, the former minister said, “How can some governors who fought FG’s efforts to leave robust savings in the ECA and even took the Federal Government to court over the matter turn around to make such unfounded allegations?
“The world knows that it was Okonjo-Iweala who pioneered, during her first stint as Minister of Finance in the Obasanjo administration, the practice of publishing monthly updates of all allocations to different tiers of government in order to empower Nigerians with information and knowledge of government revenues and expenditure. This enabled the Nigerian public to ask questions about the utilization of these resources. Of course many elected and appointed public officials were not happy with this development.”
TRIBUNE 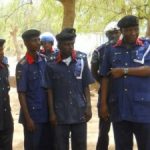 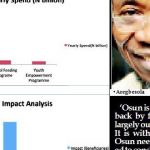