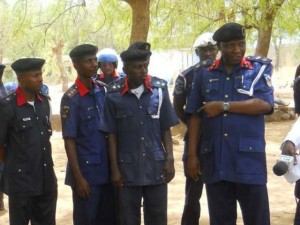 To curb the growing rate of electricity equipment and installations vandalism in Osun State, the state command of the Nigeria Security and Civil Defence Corps (NSCDC) has declared its readiness to work with the Licensed Electrical Contractors Association of Nigeria (LECAN), in the state.
The state commandant, Alhaji Tajudeen Ayobami Balogun stated this during the courtesy visit to the NSCDC state headquarters in Osogbo by the members of the LECAN executives in the state.
Quoting from the enabling Act of the Corps passed in 2003 and the subsequent amendment in 2007, which empowered NSCDC to check their activities the commandant charged electricity contractors to shun any act of sharp practices that can damage the reputation of their profession.
According to the commandant, the Act further empowers NSCDC to curb the activities of oil pipelines and electricity transmission cable vandals and make sure that the act of vandalism and economic sabotage are prevented before they are executed.
With the location of the National Control Centre in Osogbo and other major installations around the state, the commandant revealed that the Critical Infrastructure and National Assets Protection Unit (CIPU) of the NSCDC is battle ready to combat the criminals.
In his remarks, chairman of LECAN in Osun State, Elder M.O. Akintayo stated that the purpose of the visit was to familiarise with the NSCDC as stakeholders in the protection of government’s critical infrastructures and assets and to decry the growing rate of electricity cables vandals in the state. Elder Akintayo stated further that LECAN has put in place a monitoring team that will liaise with NSCDC to combat vandalisation of electricity equipment. and installations.
LEADERSHIP 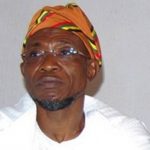 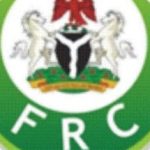