Osun Remains One Of The Best States In Nigeria – Aregbesola

Osun State Governor, Mr. Rauf Aregbesola, has boasted that he presides over one of the best states in the country.
A statement on Sunday by his media aide, Semiu Okanlawon, said despite claims by the opposition, poverty was not common in Osun.
The governor was quoted to have said this at the 42nd Annual General Meeting of the Association of Advertising Agencies of Nigeria, which was held in Osogbo.
According to the aide, the National Bureau of Statistics, in its report, ranked Osun State the highest in development index in 2012.
He said the same agency also ranked Osun next to Niger State in terms of poverty reduction.
“As horrifying as the pictures our opposition have been painting to you, I am sure that with your physical presence, you would have noticed that all what they are saying do not reflect in the faces of the accommodating people you see around,” Aregbesola said at the event.
“You would have also noticed that Osun is one of the best places to be in Nigeria. According to the National Bureau of Statistics, an agent of the Federal Government, Osun is the state with the highest development index in Nigeria in 2012.
“The Bureau equally said we are next to Niger State in poverty reduction index and we would have been above Niger State because the large chunk of Niger’s rating was influenced because of their boundary with Abuja and others.”
On criticism trailing the construction of an airport at Ido-Osun, the governor said, “It will not take time to develop the airport to aircraft maintenance hub in Africa. We only have just three aircraft maintenance hangers in the whole of Africa. We need not go to Europe or America to get the aircraft in Africa maintained.
“All we need to attract that business is to develop the facility that we have in Ido-Osun. We have signed an agreement with two hanger operation firms, knowing that aircraft maintenance business is a money spinning investment”.
DAILY POST 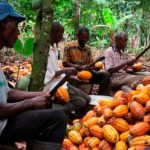