Senate Assures Of Support For Buhari; Says Ooni Was A Bridge Builder 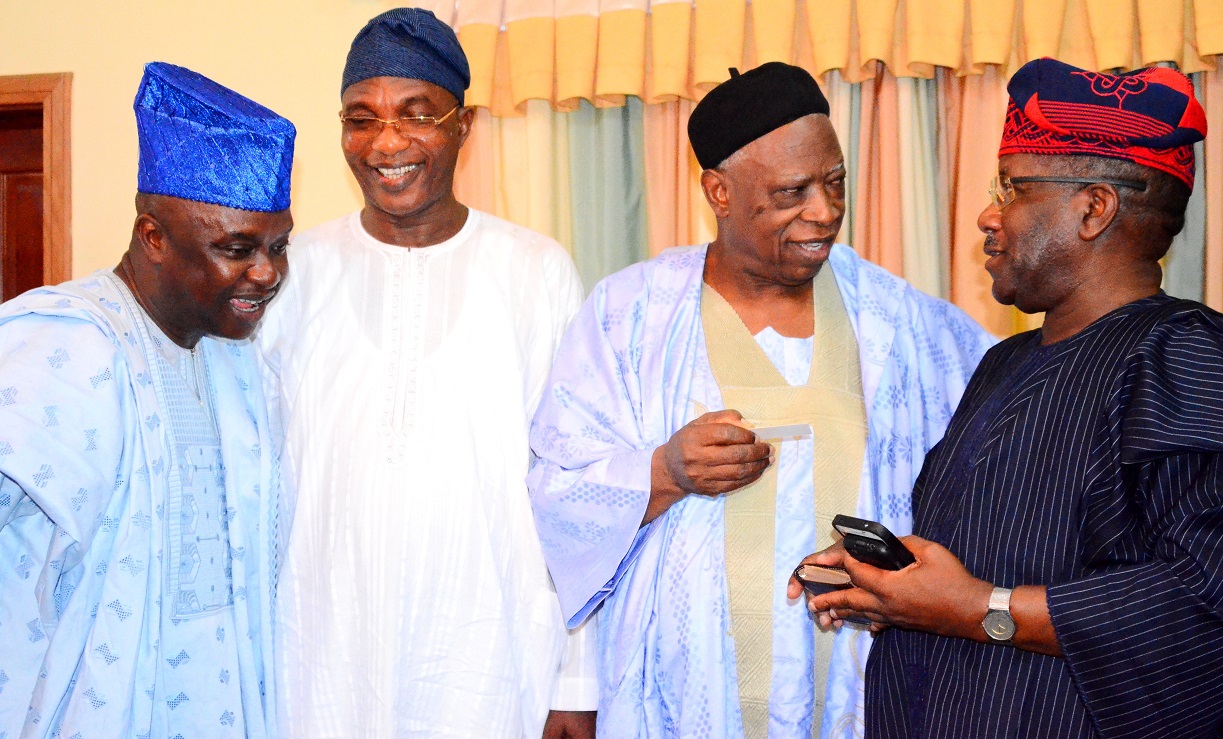 The Senate of the Federal Republic of Nigeria has assured the people of its unalloyed support to President Muhammadu Buhari in its drive to change the fortune of the nation for better.

The Senate made this disclosure during a condolence visit to the Governor of Osun, on the transition to glory of the Ooni of Ife, Oba Okunade Sijuade on Wednesday in Osogbo.

The Head of the Senate delegation, Senator Adamu Abdulahi said that the Senate will leave no stone unturned in its effort to make sure that Buhari succeeds with the change project he has brought.

He promised that the eight Senate will remove all obstacles, seen and unseen that may impede Buhari’s success.

In his words,”I am assuring on behalf of my colleagues that we will leave no stone unturned to support President Muhammadu Buhari. We will surmount whatever obstacle, whether seen or unseen, this we assure Nigerians”.

Senator Adamu Abdulahi who was former Governor of Nasarawa State, described the Ooni as a stakeholder in the unity of Nigeria, a towering‎ personality and a bridge builder across all ethnics groups.

He said the Monarch always answered the call of any government in any matter that concerns the growth, development and progress of the nation.
The Senate in a letter signed by the Senate President, Dr. Bukola Saraki, said the demise of the Oba, who is a worthy Ambassador and a pride of the Yoruba race, is a very sad one.

The letter read, “The senate notes with sadness the demise of the Kabiyesi who was a worthy ambassador for Nigeria and a symbol of pride for the Yoruba race.

“It further notes that the monarch pursued the sustainability, unity and peaceful co-existence of every section of Nigeria. He was a great family man and highly revered in the Diaspora, he received many national and international awards in recognition of his various achievements.

“I pray Almighty Allah grant you the strength and fortitude to bear this irreparable loss. May the soul of Oba Sijuade find Al-jannat Firdaus, Amen.

“This letter conveys t‎he condolence of the Senate of the Federal Republic of Nigeria to Your Excellency and through you to the Government and people of Osun state as well as the family of the deceased”. The condolence letter stated.

In his response, the Secretary to the State Government, Alhaji Moshood Adeoti, who represented Governor Rauf Aregbesola urged members of the Upper Chamber to put aside their past differences ‎and work together to move the nation forward.

He charged them to lend their support for Pres‎ident Buhari to run the nation successfully.

He described the Late Ooni as a traditional ruler who combine‎d the office of an Oba with leadership of Yoruba race.

The governor noted that the monarch was a true representative of his people and their culture which he promoted both home and abroad.

According to him, “Do everything possible to put aside your individual differences and support the political will of President Buhari to change the nation for the better.

“I thank the senate immensely for moving the motion on the floor of the senate to sent a powerful delegation bearing condolence letter to the government, people of Osun and the family of the late monarch.

“Your letter is a manifestation of your love for our state and our esteemed late king.

“Oba Sijuade was a traditional ruler who combined the office of traditional administration of his domain with leadership of the Yoruba race. He was a worthy ambassador and a proter of Youruba culture ‎at home and abroad”. 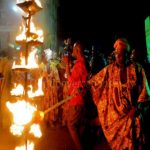