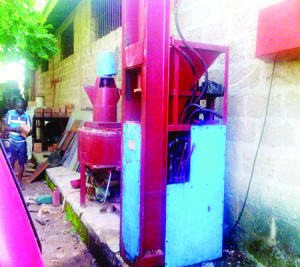 “He explained that during the time of Bola Ige, “the government bought equipment for us and we paid back. The difference is that only Aregbesola has given us interest-free loan in the history of this state.”

Notwithstanding the challenges the Osun State Government is experiencing in the area of paying workers’ salaries, the success story of the loan scheme evolved by Governor Aregbesola-led administration last year in order to boost the economy of the state is worthy of note. The initiative aimed at moving the state away from being a civil service state to an economically-viable one through the revolving loans.
This is the view of the General Manager, Osun Micro-Credit Agency, Mr. Dayo Babaranti, who explained to Southwest Report that “the agency has extended credit facilities to 133 small and medium enterprises, 800 co-operative societies; 9,955 individuals across the 30 local government areas and the Area Office in Modakeke.
He said: “The agency came into being in June, last year and was launched at Freedom Park Osogbo where the people were told of the enormous opportunities accruable to them through the interest-free loan.
“The government has warned that nobody must be left out in the programme. One good thing is that we still have the opportunity of accessing the N2 billion micro-small and medium enterprises development fund from Central Bank of Nigeria (CBN).
“So, we have accessed N1.675 billion from that money. In fact, the CBN has sent a delegation to inspect what we are doing and they confirmed from all the beneficiaries of the loan that we actually disbursed the money.
“The belief of the government is that micro-finance banks are closer to the petty traders and that was why they said we should use micro-finance banks because the people who are in need of the money are those people selling pepper, foodstuffs and the likes.
“Secondly, our own demand is not as cumbersome as orthodox commercial banks. People are very appreciative of the gesture and more so, it is interest-free. When the programme was launched, some people did not believe it. It is unlike the Islamic banking system which shares profit equally with the customer. In this case, the government is saying, use this money for one year, don’t pay any interest; just pay back the principal. You can see that it is rare.
“The interest element on this money that the beneficiary should have paid is a cost borne by the government. The state government underwrites the interest just to alleviate poverty and take burden off the citizens of Osun State.
“The zero-interest of the facility has forced all micro-finance banks in the state to review downward the hitherto high interest rates to borrowers. The participating micro-finance banks have also employed more staff to manage the funds under the scheme.
“We have placed priority on the co-operative groups for the disbursement of the loans under this programme because they know themselves. We have one year, three years and five years tenures, among others. There is nowhere in the word that they will give you N100, 000 and ask you to pay N100, 000 back after one year. That is why this scheme is far better than the so-called interest-free Islamic banking system. In this scheme, nobody is sharing profit. Your profit is gross to you, just pay back the principal.
“The state government is responsible for our salaries. It is an agency of government. We have a full room that contains the form of applicants.”
Speaking on the impacts of the programme, Babaranti said it has improved employment. The SMEs we give are those that are manufacturing and or producing different type of things. As a result of increment in their capital, they have employed extra hands.
“People who have benefited from this programme are paying tax which improved the state’s internally-generated revenue (IGR). Most of those motorcyclists have learnt one trade or the other. It was during the documentation that we discovered this. It was because of lack of capital to buy instrument and start their own businesses that turned them to street boys, okada riders and people who foment trouble. This has also led to the reduction in crime rate as we have given money to those classes of people to start their own businesses.
One of the beneficiaries, who is also the General Manager, Lawod Metal Limited, Mr. Funso Olawoye, said: “We benefited from Osun Micro-Credit Agency. It has enabled us to improve on our productions as more workers were also employed. Babaranti, however, commended the beneficiaries for being committed to the repayment guidelines and procedures.
“There was a moratorium of six months during which we will begin paying the loan; which is from this month. It is interest-free and a three-year term. I have procured more equipment with the money.”
He explained that during the time of Bola Ige, “the government bought equipment for us and we paid back. The difference is that only Aregbesola has given us interest-free loan in the history of this state.
“We must praise Governor Aregbesola and at the same time we want to urge the government to expand the scope on this free-interest loan. We want them to patronise local manufacturers and pay us on time,” he said.
On the number of employees in his company, Olawoye said: “We have over 50 personnel that are permanent in this company and we hope to increase it to 100 if there is fund to increase production.”
Recounting his experience, Director Alaral Technical, who is the state chairman of Nigeria Association of Small and Medium Produce Spare Parts Mr Ali Alabi said: “Personally, I have benefited from the micro-credit loan and I know many of our members also benefited, particularly in the N220 billion Federal Government SME’s funds.
“Incidentally, N2 billion of that belonged to Osun State which the state government, through the Micro-Credit Finance have disbursed.

“We used to have what we call Small-Scale Industrial Credit Scheme, which was inherited from the old Oyo State. The state government also partners with Bank of Industry (BOI) for SME funding which some of our members also benefited from.
“The most recent is the intervention fund by the CBN released for SME which is particularly of interest to me because it is interest-free. It is not interest-free at the national level but the Osun State Government decided to pay the interest. It was disbursed with no interest to all those that applied through the SME.
“I can authoritatively say that the interest is written off by the state government and that is a very big plus. Before now, we have been clamouring for fund for development with generous interest rate but this one is a good one. We have been asking the Federal Government and the BoI to reduce the rate of SME development fund to 2% or 2.5% that is obtainable in the Southeast Asia, India and China. The maximum interest rate for SME is between 2% and 2.5%.
“The tenure given to us is a good one; it ranges between five years and 15 years. There is nothing you want to do with that money that you will not make it on the long run.
“One, the interest rate is very low. Two, the moratorium is there. Then the tenure is also long. That is what we have been clamouring for in Nigeria. If we have to compete with the developed countries such as China and India, our funding must be competitive.
“Though the money has helped us a lot, the major problem we experience currently is that the economy is so dull. We pray that the change in government will change the tide of things because the situation is very terrible.
According to Alabi, Osun State remains a civil service state. We supply spare parts to Nigeria Breweries, Cocoa Products Industry (CPI) in Ede and many other places.
Commenting on whether the state could be moved to an industrialised one away from civil service state, he said: “It is possible. Look at CPI Ede, when it was functioning, not less than 1,000 people were benefiting indirectly from it. The area was like market every day. In fact, people used to come from Ghana to buy ashes there. They employed not less than 500 workers. They have some contractors which I am one of them. We supply spare parts and also carry out repairs for them.”
THE NATION 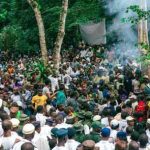