The National Directorate of Employment (NDE) in Osun State has trained no fewer than 900 people in commercial farming.
The Director-General of NDE, Mallam Abubakar Mohammed, stated this during the flagging off of the Commercial Farmers Training Projects (CFTP) in Osogbo.
Mallam Mohammed, who was represented by Osun state coordinator of the directorate, Mr. Sola Daramola described the training as a deliberate one, noting that it aimed at building the capacity of the unemployed.
He added that after the training, participants would be able to identify viable opportunities in the agricultural value chain and become self-reliance. DAILY TIMES 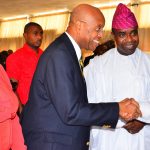 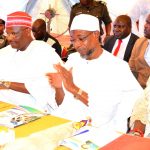