The State Government of Osun on Sunday formally responded to the Nobel Laureate Prof Wole Soyinka over his decision to resign as the chairman of the Centre for Black Culture and International Understanding (CBCIU), Osogbo.

In a response personally signed by Governor Rauf Aregbesola, the government stated that public interest is supreme in all matters.

The Governor called on people of goodwill in Nigeria and beyond to prevail on the highly reverred Nobel Laureate; Prof. Wole Soyinka, not to go ahead with his decision to resign saying that in the interest of the public and the culture of our race to which Soyinka is passionately committed, he must continue in his capacity as the Chairman of the Board of Trustees of the Centre.

“Yes, Wole Soyinka has resigned but he himself has conceeded the fact that the Governor must accept it”.

“We cannot accept the resignation even though we hold him in the highest of esteem, because of the responsibilities attached to his chairmanship of the Centre for Black Culture and International Understanding which is beyond him and even beyond us.

“It has to do with the culture and tradition of our race which we believe that the CBCIU is meant to preserve and promote.”

“We call on all people of goodwill to prevail on Prof. Wole Soyinka an international personage of Culture, in the interest of our race, not to go ahead with his decision to resign.”

The statement noted, “The issue here is not difficult at all. The issue is that for whatever reason, a former governor of our state who had the vision of building that centre was misdirected to believe that he could be the perpetual chairman of the Board of Trustees, a situation that contradicts the constitution of the Federal Republic of Nigeria on any public institution.

The statement added that the Law which vested that perpetual chairmanship in the former Governor has been amended.

It said, “The law which vested the perpetual chairmanship of the Centre on the former Governor has been amended through the Centre for Black Culture and International Understanding (Amendment) Law 2012.

“To that extent, as far at the CBCIU is concerned, the obnoxious section which gives the perpetual chairmanship of the Board of Trustees to any individual is no longer there. It is null and void and cannot be the point of reference for anybody. Whoever therefore still sees himself in that light is not in any way acting on the legal instrument today in force on that centre.”

The Government said Soyinka’s chairmanship of the Centre is part of a larger responsibility to drive the building of a new heritage centre in the state.

It stated, “His chairmanship of the Centre is a precursor to a higher responsibility of helping us superintend the building of Yoruba World Heritage Centre in Ile Ife which we call the New Ife. This centre is conceived to exhibit Yoruba heritage 500 years before our contact with the Europeans, the experience since that contact to date and the projection of what will be in the next 500 years.”

“The issue of UNESCO and National Commission for  Museum and Monument that still see the former Chairman of the Centre  in that capacity is beyond our own purview.

“The legal position today is that our centre which is here in Osogbo is an establishment by law and the law that establishes it is clear on the structure of management and control. We believe that this has removed all the controversies on this matter.”

The Government also advised the media to always cross-check facts and details of all matters and issues before any report so as to avoid a situation of misinformation that has led to the highly unfortunate situation of our highly revered Nobel  Laureate taking a hard decision to resign.

“Once again, we call on all people of goodwill to prevail on Prof Wole Soyinka to kindly reconsider  his position and avail us his world acclaimed Knowledge, intellect, international network and commitment to black  culture and civilisation,  it concluded. 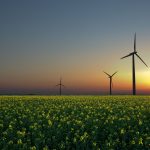 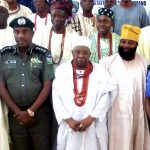