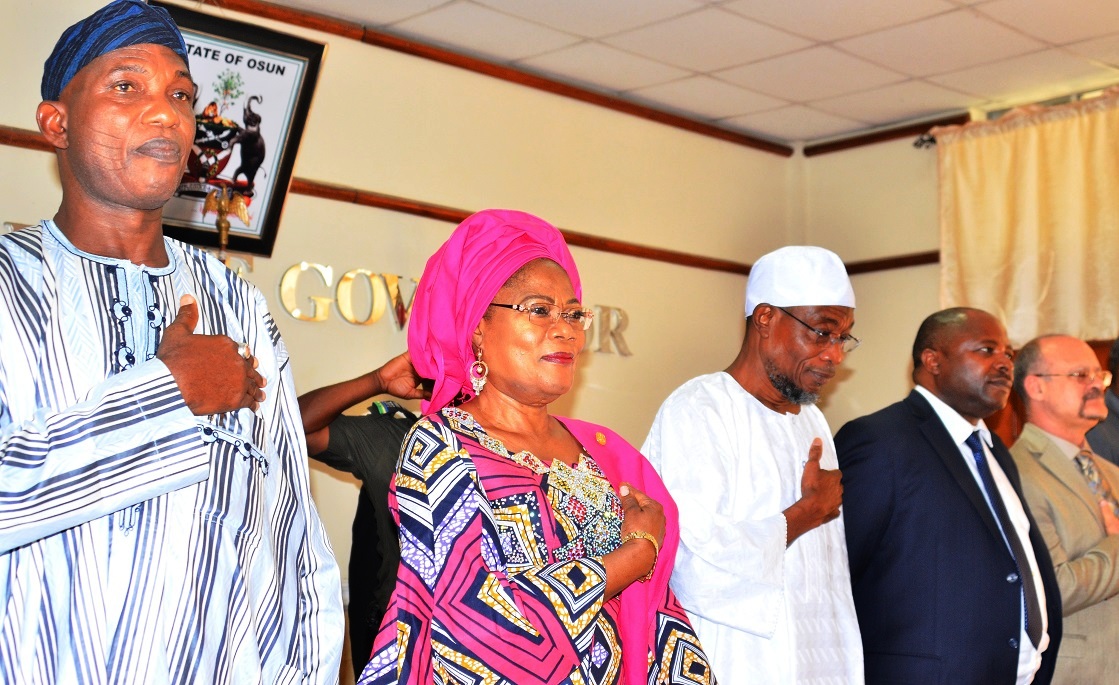 In a bid to make agriculture the mainstay of the state’s economy and stay afloat the oil gluts, the Governor of Osun, Ogbeni Rauf Aregbesola on Tuesday signed a Memorandum of Understanding (MOU) with the International Institute of Tropical Agriculture (IITA).

The signing ceremony which took place at the Executive Lounge of the Office of the Governor in Osogbo‎ will have the state release 204.39 hectares of land around Ago Owu in the state, to IITA for the purpose of conducting research and setting up demonstration farms for best farming practices.

IITA will also carry out cassava, plantain and other crops multiplication and train Osun youths on modern, commercial and profitable farming.

Signing the MOU on behalf of the state government, Governor Aregbesola stated that releasing the farmland to IITA will complement Osun agriculture programme, extending robustly the agriculture value chain and create jobs for farmers, especially the youths that are being attracted to farming.

The Governor commended ‎IITA and her Director General Dr. Nteranya Sanging for being supportive of Osun’s flagship agriculture programme, Osun Rural Enterprise and Agriculture Programme (O’REAP) in many ways.

He stressed that agricultural development especially food production has been the main thrust of his administration’s policies since his assumption of office in November, 2010. ‎

The Governor attributed challenges facing farmers to lack of critical linkage between agricultural research and implementation, adding that with the MoU and partnership with IITA, Osun stands to have direct-to-farm linkage of scientific innovations in farming with the best of agriculture scientists.

According to him, “with our Bonny Light selling for $38.18 yesterday, we don’t need a soothsayer to tell us that our focus must shift to agriculture if we must survive the looming financial storm.

“We believe that it is for this reason that God has positioned Dr. Sanginga in our country at this time, as a light first to Nigeria and the continent of Africa as a whole.‎

‎”Osun is a predominantly agrarian state. Agricultural development, especially for food production, has been the main thrust of our administration’s policies since our coming in November 2010.

“Our relationship with IITA, therefore, looks like it was made in heaven. Given our commitment to agriculture, it is inevitable that our paths would cross”. The governor stressed.

‎Speaking earlier, the Director General Office of Economic Development and Partnerships (OEDP), Dr. Charles Akinola stated that there had been relationship with IITA for over four years.

He held that the MOU is an epoch-making event that will facilitate a working relationship with OREAP carrying out crop multiplication and all inputs of planting material will be adequately considered.

He said, “we are anticipating large impact from this partnership, the location is close to the two major farm settlements that we have in the state.

“In these areas, we hope it will translate to the development of 14,000 settlerso. We expect that the impact of IITA will be felt among about 85 villages and the state as a whole”.

In his address, the Director General of IITA, ‎Dr. Nteranya Sanging‎ stated that the time has come for Nigeria to diversify from its dependence on oil, saying with the disappearance of the oil boom, the country must turn to agriculture to survive.

He held that the only source of wealth for Africa is agriculture, noting that agriculture is one of the best ways to get the teeming youth of Africa employed‎.

He implored Governor Aregbesola to keep to his own side of the MOU adding that IITA will hit the ground running in Osun with the 1,00‎0 extension workers provided by the state for the multiplication of seedlings.

He said “I want to ask these two questions, just think of Africa or Osun state with‎out cassava or yam?. If not for the research of IITA there may not have been cassava as it is in the soil of Africa, our Genetic resource centre contained all seeds.

“What we have to do is to use that resources for the benefit of Osun, we will soon start a small programme on Banana and cassava, we will give some of the seed to Osun”. The IITA boss stated. 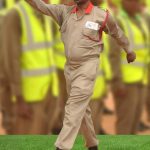 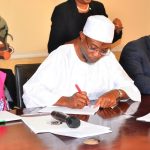