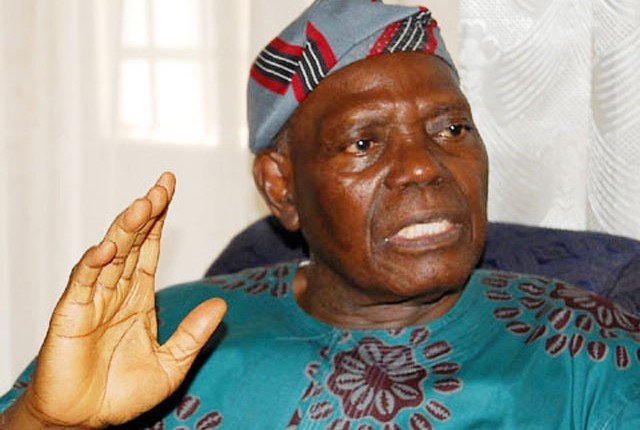 The pioneer National Chairman of All Progressives Congress (APC), Chief Adebisi Akande has warned the striking doctors, lecturers and other unions in the State of Osun to be careful on their various agitations before the state government saying that should they allow the state or government to collapse; there would be nothing to fall back to.

Chief Akande who spoke while fielding questions from newsmen at his country home, Ila-Orangun during his 77th birthday celebration at the weekend said that the economy of the state cannot meet all the demands and agitations that the doctors, civil servants, lecturers and other organized bodies.

Chief Akande who was Governor of the state between 1999 and 2003 declared that that the current economic problem crisis in the state is not the making of the governor or the present administration but that of the crash of the oil prices at the international market.

He stated what behooves of the stakeholders in the state was to cooperate with the government on how to move the state out of the current economic crisis rather than making unnecessary agitations that could not be met by the government.

According to him, “though I lives in Osun, I will say I don’t know much as to the making of the government but I see a lot of boldness in the plan of the present government about Osun, the plan was very bold and commendable and if fully implemented can turn Osun into an Eldorado. Unfortunately, the economy collapsed along the line and if the economy collapses and you don’t have a way of getting it right quickly, it might lead even to the merging of Osun state with another because when you are not viable, there is nothing you can do.

“Some six months ago, I said Osun state was not a viable state and I meant it when I said so. A state that cannot generate enough money within itself to pay its own way is not a viable. A state that is waiting for the federal government’s allocation to run, the moment that money did not come, that state is finished and where does the federal government gets money?- it is from crude oil and nobody is buying it anymore from us, even when you get the crude oil, our customers are no longer coming. Before, they pay three months in advance, but today, they don’t even come to ask how much we sell it.

“Whether the price is down or goes up, until you sell crude oil, you can’t make any money and if there is no money, there will be no state.  If the federal government like, it may save Osun state and we have to beg them to please save Osun state to survive, if those working in the state cannot see that, and they begin to jump and stamp the ground, “we no go gree”, by the time they are stamping the ground, the ground will cave under their feet and there won’t be doctors again, there won’t be civil servants again, there won’t be commissioners again and there won’t be governor again and there will be nobody to march against until you know that the foundation of any state is the economy and that the economy is already crashing, the question you ask now, you will see that it is just like touching the leaf and not the root of a tree.

It would be recalled that doctors at Lautech Teaching Hospital, state hospitals and academic and none academic staff of the state owned institutions have been on protests and strike over some demands bordering on their welfare. 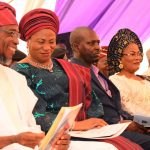 PHOTO NEWS: Aregbesola Presents Staff Of Office To The Oluwo, Oba Abdul Rasheed Adewale AkanbiJanuary 19, 2016
We Must Harness Osun’s potentials, Says Babalakin, Urges The People To Collaborate With The Govt.January 20, 2016 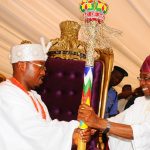