News
Home News We Must Harness Osun’s potentials, Says Babalakin, Urges The People To Collaborate With The Govt.
News

We Must Harness Osun’s potentials, Says Babalakin, Urges The People To Collaborate With The Govt. 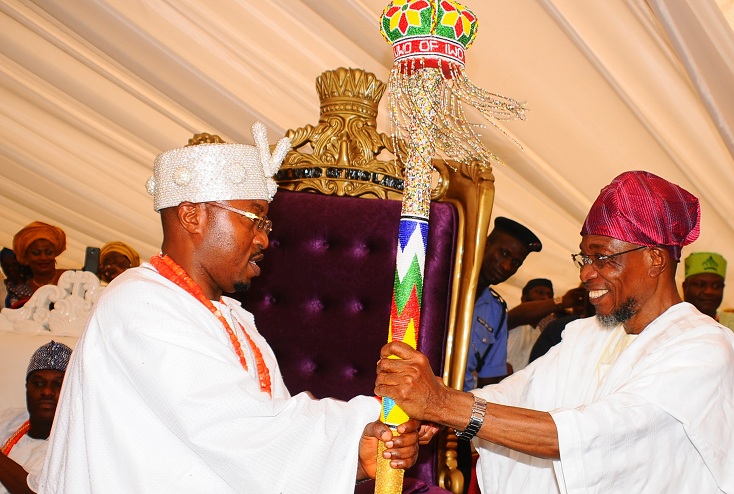 Chairman of Bi-Courtney Group, Dr Wale Babala­kin, has urged the people of Osun to collaborate with the government to develop the state.
Babalakin spoke yesterday at the coronation of the Oluwo of Iwo, Oba Abdul Rasheed Ad­ewale Akanbi.
As chairman of the occasion, the erudite lawyer, hailed Iwo people for choosing a very edu­cated and exposed king through a rancour-free process.
His words: “We have a big challenge in Osun. I don’t believe there’s any state with as many cit­ies as Osun in Nigeria. This places a great challenge on us to utilize our population and diversity to our ad­vantage.”
Babalakin urged the people to work with the government to har­ness Osun’s potentials.
At the event were Governor Rauf Aregbesola of the state; his deputy, Mrs Titi Laoye-Tomori; former Governor Olagunsoye Oyinlola and the Ooni of Ife, Oba Enitan Ogunwusi, among others.
Meanwhile, Osun State House of Assembly has called on the new Oluwo of Iwoland to ensure peaceful coexistence, community development, security and im­proved economy not only for the people of the town but also the en­tire state.
The Assembly made the call yesterday in a statement issued by the Chairman, House Committee on Information and Strategy, Ola­tunbosun Oyintiloye, to congratu­late the monarch on his coronation and presentation of staff of office.
Oba Abdul-Rasheed assumed the throne about three years after the demise of his predecessor, the late Oba Asiru Olatunbosun Tadese, who died on February 18, 2013.
The Assembly which stressed that Iwo is known for cattle rear­ing and abattoir management, urged the monarch to promote the venture and modernise it. It also urged him to explore landmarks and tourism potentials in the an­cient town. 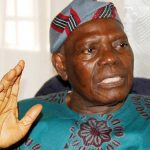 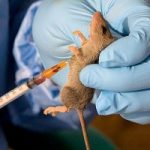