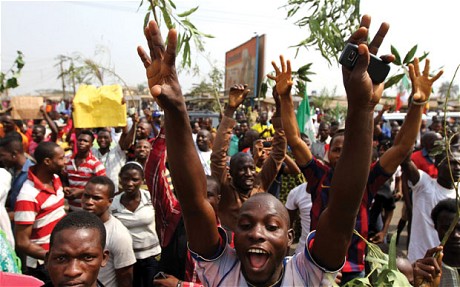 OCSC, in a press statement by its Assistant Publicity Secretary, Comrade Abiodun Ibrahim on Monday said that the proposed rally was being sponsored by opposition party to destabilize the state.
Ibrahim accused a sitting judge of the Osun state High Court, Justice Oloyede Folahanmi of mobilizing members of the Civil Societies Coalition for the Emancipation of Osun state for the protest.
According to Ibrahim: “The Chairman of the Civil Societies Coalition for the Emancipation of Osun state, Mr Adeniyi Sulaimon, Director Media and Publicity of the group, Mr Seun Adeoye, Mr Olukanni Yemi Oyedeji and other members of the group were brought by Justice Olamide Folahanmi Oloyede as witnesses at the National Judicial Council (NJC) headquarters in Abuja on Monday for her defence against the petition written to the NJC by the Osun Civil Societies Coalition (OCSC) on her petition against Aregbesola.
“We are confused on the intention of both the judge and the witnesses at the NJC. Could it be that the judge mobilized them to Abuja for the protest or they were sponsored by the Peoples Democratic Party, Osun state to show support for Justice Folahanmi Oloyede on her case?
“We wonder how a mission to serve as witness to a case turned to political protest against the governor. We want members of the public to reason on the action of the judge and the members of the Civil Societies Coalition for the Emancipation of Osun state.”
Ibrahim maintained that the purported financial crisis of the state on which the rally is to be held, is gradually fading out with the payment of workers’ salaries and commencement of infrastructural projects.
Ibgrahim said that the President of the Nigerian Labour Congress, on Monday commended Governor Rauf Aregbesola for the disbursement of the bailout used to offset the backlog of the salary debt.
He stated that there was no justification for the rally, if not to speed off campaign of calumny against the government as being dictated by the opposition party. 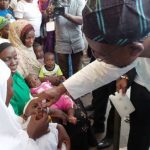