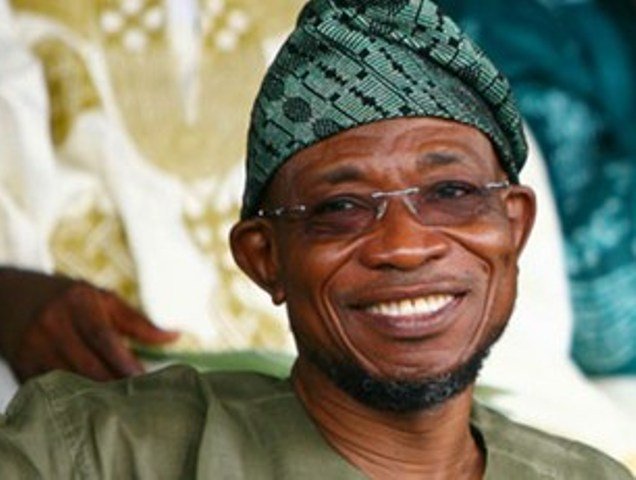 The Governor of the State of Osun, Ogbeni Rauf Aregbesola has reassured the citizens of the state of his government’s commitment to position the state towards socio-economic and political advancement and prosperity.

Governor Aregbesola said the central point of his administration’s agenda is to steer the affairs of the state in a right direction that will continuously bring genuine succor and dividends of democracy to the good people of the state, saying he is determined to place the state to a prosperous economic vantage that has never known in history.


Aregbesola made the statement while addressing people at a conference organized in honour of a veteran activist, Professor Biodun Jeyifo at Conference Centre, Obafemi Awolowo University, Ile-Ife, State of Osun.


Governor Aregbesola who flayed at the way and manner at which one of a section of the press reported his statement where he was quoted to have said he wanted to apply the civil service rule against some of the state health workers, admonished journalists to always verify and scrutinize any information before it being reported.


Aregbesola also frowned at the industrial action embarked upon by a section of the state health workers, saying their action has caused unnecessary damages and irreparable loss to the sector.


He said “It is unfortunate that a section of media portrayed Osun as a failed state and that we were unable to pay salaries but I challenged whoever sponsors that come out with fact be are the only state at the best of time that implemented 13 month salary across the length and breath of civil service.


“I know it is not possible for someone like me On the issue of doctors strike, how will a sodmasse preside over a state and critical element like doctors would be on strike and he will not solve.


“In the first instance not all doctors in the state are on strike. It is only a section of about 200 doctors that resident in Ladoke Akintola University Teaching Hospital and some doctors at the state hospital that refused to work.


” All the doctors at our primary healthcare centre at the local level are fully operational and other health workers in all our health facilities both primary and secondary are working.


“All the consultants in our secondary health facilities are on duty.


“Before it became practically impossible for us to meet our salaries obligations to our workers, we invited the workers to tell them that in sixty days time the state might not be able to pay salaries and we later to be paying in accordance with whatever we receives as we have been doing.


“So, since July 2013 our allocation has been short by N2billion. But since then the state has been coping based on our initiative to raise the Internally Generated Revenue (IGR) until last year when the shortfall started to be on a free fall which later snowballed into the present economic situation.


He call called on the striking health practitioners to jettison their differences with government in the interest of the state as well as the people.


Governor Aregbesola who further lamented over the continued dwindling revenues to the state said the time has come for everybody to be more innovative, productive and creative.


According to him, unless we see the need to work harder and remain productive individually and collectively by  contributing our quota through tax payment for the development of our state, there is no other option to avert this economic menace.


He said Nigerians must equally embrace, resuscitate and explore the potentials embedded in the long-abandoned agriculture, solid mineral resources and industrialization.


Aregbesola added, “the solution to this abnormal economy is for us to be concerned and interested in production. We must be creative, innovative and as well ready to work and work.


“The era of free crude oil has gone and there is no sign of it coming back again, while the season of free money from the Federation Accounts has also gone.


“Agricultural production is the best solution to this economic insurgency and I implore all the intellectuals to join others to ensure that the nation is rescued from this menace.


“We must refocus our attention to enhancing the productivity of Nigerian people in a way that we no longer depend on a commodity that has already faded out.


“To avoid being remained in a huge economic mess which the reality of the current economic situation has posed on us, we must as urgently as possible genuinely diversify our economy in consonance with the present economic reality for the greater socio-political and economic development of our state.

“All hands must be on deck to develop our state at this period of economic hardship. 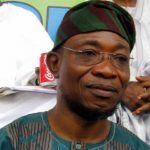 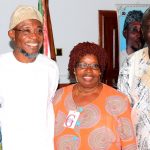