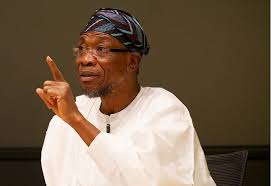 The Governor of Osun state, Rauf Aregbesola  has charged the new Akinla of Erinjesha, Oriade local government area of the state , Oba Isaac Ayeni to work towards the development and progress of the town.

Aregbesola was speaking on Friday,  at the office presentation of staff of office and instruments of appointment to the new Akinla of Erin-ijesh.
Oba Ayeni was announced the new Akinla of Erin-ijesa few weeks ago by the Osun state government to ecstasy of the many indigens of the ancient town, after 17 and 17 days years without a king.
Aregbesola who was represented by the Secretary to the state government, Moshood Adeoti, called on all princes who contested for the throne to close ranks in the interest of development.
He urged the monarch to always pursue peace and rule with wisdom and fear of God.
The governor re-stated  his administration commitment to improving the economy of the state, stressing that the support of the traditional rulers is indeed needed to achieve ‎the feat.
The new Akinla of Erin-ijesha Oba Isaac Ayeni who was obviously  elated to have ascended the throne of his forefathers solicited  the support and cooperation of his subjects for the development of the town.
The monarch promised to lead his people to the part of positive economic and social transformation while indigenes of the town also pledged their loyalty to the new monarch.

He was selected by the kingmakers in 2012 to ascend the throne but his installation was stalled  for four year due to legal battle.
293 Views
15 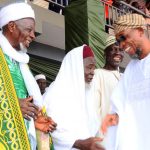