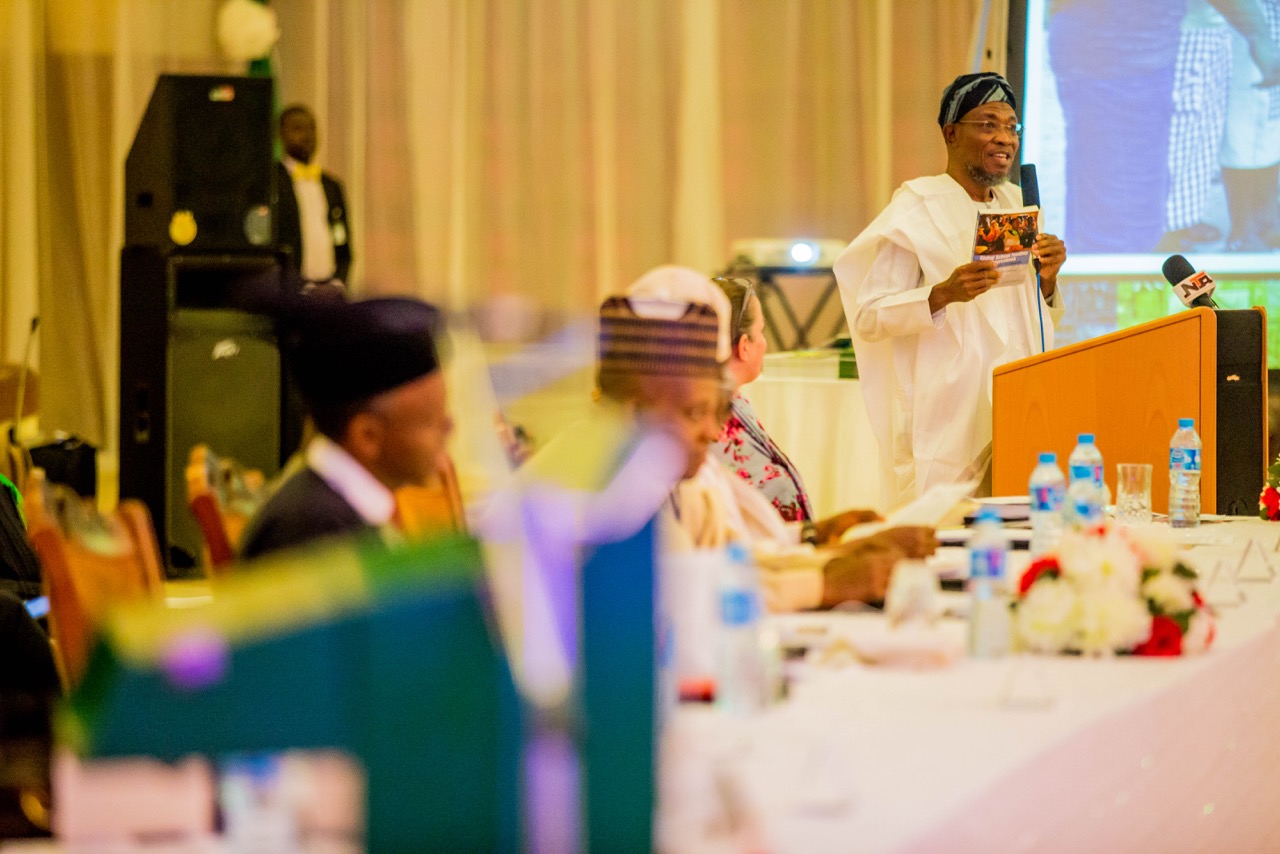 Aregbesola, who has been an ardent preacher of the school feeding initiative, reeled out enviable figures of the success that the state had recorded with the O’Meal programme.
” The Federal Ministry of Education consequently selected 12 states of the federation and the Federal Capital Territory (Abuja), to begin a phased-pilot implementation of the programme. Osun was fortunate to be among them”.
“The programme began in our state as Osun State Home Grown School Feeding and Health Programme in May 2006. However, on our assumption of office in November 2010, we undertook a comprehensive review of education, including the school feeding programme, which we re-launched as O’MEALS on April 30, 2012. Its execution began immediately across all the 1,375 Elementary Schools in Osun”.
“In addition to feeding, we also carry out deworming exercise twice every year. This is to prevent the food from being shared with the pupils by worms in the stomach and maximise the nutritional value of what is eaten. This is the health component of the programme”.
“The total number of pupils being fed is now well over 252,000. This comes to about N14.8 million per day, N74 million per week, N325.6 million per month and N3.6 billion per annum. This is reducible to about N50 per pupil. The sum of N601,400 is paid out to the 3,007 caterers as transport fares on a daily basis”.
Ogbeni Rauf Aregbesola aslo stated that elementary school enrollment have reached an all time high in the stated and he attributed this to the successful execution of the O’Meal programme
Urging the federal government to follow the Osun example, Rauf Aregbesola said he was in no doubt as to the fact that the programme was due for national scaling and that the results would be mind blowing.