News
Home op Much ado about hijab in the State of Osun – Kikiowo Ileowo
. .
op

Much ado about hijab in the State of Osun – Kikiowo Ileowo

Much has been said in recent times about the wearing of Hijab and Church robes to school by pupils in public schools in the state of Osun, however, what has apparently been missing in the discussion is the availability of facts and logic for discussants to analyze the true situation of things before passing their opinions.
Before going to the crux of matter, let me lay a background of the true situation of things as regards the recent hullaballoo amongst groups that purport to represent the interest of diverse religious groups in the state of Osun. We have Christians represented by the Christian Association of Nigeria (CAN); Muslims, represented by the Muslim Students Society of Nigeria (MSSN); the government, led by Ogbeni Rauf Aregbesola, and other interested parties in the case. 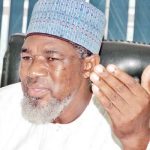 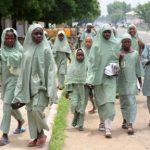