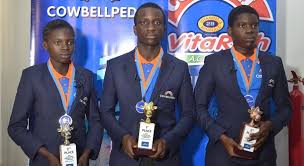 As the National Examination Council released the results of the 2016 Cowbellpedia Mathematics Qualifying Examination conducted on March 19, 2016, Osun State has produced four out of the eight students that got the 100 per cent perfect score in both categories.

The students are Ayomide Nafisat of Reality High School, Osogbo; Osagiede Efosa of Obafemi Awolowo International School, Ile-Ife; Ajayi Ayomide and Aromolaran Adegoke, both of Bibo Oluwa Academy, Ilesa.
Other students with perfect scores include Ukpabi Onyedikachi, Britarch Secondary School, Umuahia, Abia State; Duke Favour, Deeper Life High School, Calabar, Cross River State; Udo Blessing and Daniel Oreofe, both of Ambassadors College, Ota, Ogun State.
A total of 46,698 students, comprising 24,255 (junior category) and 22,443 (senior category), sat for the qualifying exam in 235 centres across the country.
From the figure, 108 students (54 each for junior and senior categories) are to proceed to the second stage, which is the Television Quiz Show.
The second stage, which will be in a quiz format, will be further sub-divided into preliminary, semifinals and finals.
The show will be serialized into 13 episodes and aired on major television stations across the country.
The Managing Director of Promasidor Nigeria Limited, Olivier Thiry, acknowledged the support given by the NECO, state Ministries of Education, school principals, teachers, the press and other partner agencies for their support for the initiative over the years.
Thiry explained that the company has significantly increased the prize money for the finals for both students and teachers.
This year, he said, the top prize student winner in each category will go home with N1 million in addition to other prizes, while the teacher will be awarded N400,000.
The first and the second runners-up will go home with N750,000 and N500,000 respectively.
There will also be plaques, mathematics textbooks and a desktop computer for the winners.
81 Views
2 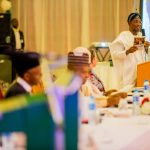 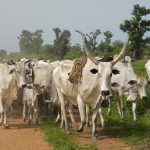