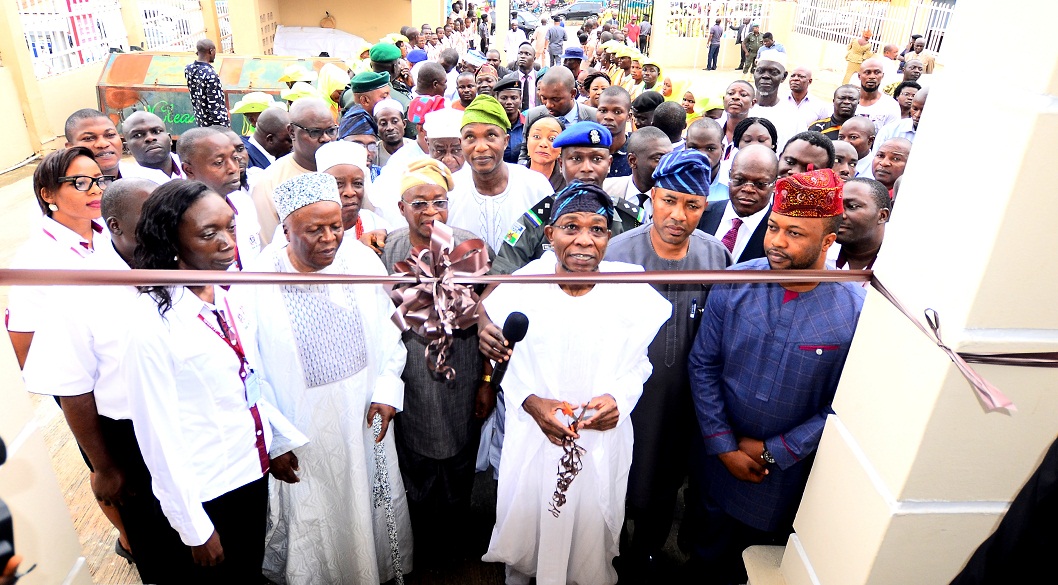 The Governor of Osun has on Tuesday said there will be no going back in his government’s human development policies as he launched the Osun Job Centre.

He said the Osun Youth Empowerment Scheme O-YES policy brought great micro-economic impact on the state with N200 million monthly allowance given to the youth under the programme.
The Governor stated these at the commissioning of the Osun Job Centre at the parking lot of the Ayegbaju International Modern Market in Osogbo.
Aregbesola added that his administration is taking job creation to a greater height with the establishment of the job centre where government will not need to employ workers directly but create an environment where finding jobs will become easy for the unemployed and better jobs for the youths.
‎
He pointed out that the centre will provide an interface between applicants and employers by maintaining a database that will be made available to employers who need to recruit, adding that‎ it will also keep record of job vacancies which applicants can consult.

The Governor stressed that before the coming of his administration there was a high and frightening level of youth disorientation‎ which brought about the OYES that engaged 20,000 youths in public works in less than 100 days after inauguration.
According to him, “All the programmes we have implemented and the one of today have been captured in the Green Book which we entitled: “My Path with Osun.
‎
“Today, if you open the book, you will find all we have done and are doing. If anybody had told you that in Osogbo there would be the Nelson Mandela Freedom Park, would you have believed it was possible? But is it there now or not?
‎
“If anybody had told you that a road would start from Osogbo and run through to Ila Odo Kwara Boundary in one tenure; would you believe it was possible? But is it there now or not?
“When I said we would employ 20, 000 youths in our hundred days in office, many laughed and called us jokers. Today, has the joke been translated into truth or not?
‎
“If anybody had told you that a second ring road would come into existence in Osogbo would you believe it? But is it there now or not?‎”
The Governor stated that his administration is responsible to all the people in the state and not a section of it.
He revealed that of the four million population of Osun, there are 60 thousand civil servants (retired and working), whose salary and pension are much more than the revenue accruing to the state today.
Aregbesola averred that to pay workers salary alone will amount to neglecting over 3.9 million people of the state.
He said, “If you are to use all the resources of the state to pay salaries life will be hard and unliveable, therefore our government uses its creativity to spread the resources we have to all citizens. By this, we can achieve development.”
‎
In her speech, the Coordinator of Job Centre, Ms. Mobolaji Akande, said Osun is the first state in the federation to establish such centre to help reduce employment crisis the country is battling with.
‎
Mobolaji said the the Job Centre was designed with two purposes of providing comprehensive data base of Osun job seekers and provide a robust system for collating accurate figures of employment and unemployment rates in the state.
According to her, the data collated would help the state government to plan better for economic policies through highlighting areas of skills and skill deficits.
‎
She stated that the Job Centre would provide employment support services such as career counseling for job seekers; employablility skills training; verification of certificates; job fairs to connect individuals to employers of labour and seminars to be given by experts from all fields of the economy.
‎
“With these services, the Centre aims to turn out job seekers that are well equipped to make better choices be it in their educational training or their future careers and in so doing, set more realistic goals for themselves.
‎
“This will enable the state government to better plan it’s economic policies by highlighting areas of skills or skills deficits possessed by its human resources.
‎
“The Osun Job Centre is a State Government-funded programme and its services are provided at no cost to the users of its facilities. It will serve as an intermediary between job seekers and employers, with the goal of matching the company’s needs and requirements with a job seeker’s skills, experiences and interests.
‎
“The Centre does not create neither does it find jobs for users of its facilities.
‎
“What it does is complement other youth empowerment programmes that this administration has put in place,” Akande said.
‎
In his remarks, the Controller of Labour, Osun State Chapter, Bode Abikoye, said unemployment and poverty among youths combined as the single biggest bane affecting the nation’s economy.
‎
Abikoye also mentioned undue market forces as one of the worst causes of unemployment in the country.
‎
He commended Aregbesola for his vision by providing the job centre to curb the increasing wave of unemployment ravaging the land.
‎
He said that “Unemployment and poverty among Nigerian youths have been the single biggest bane of economic development in the country.
‎
“Enthronement of undue market forces also caused unemployment particularly starting from the later eighties during the military regimes.
‎
“The establishment of the Job Centre demonstrates the vision of Governor Aregbesola. This Centre will no doubt help in combating unemployment in the state.” 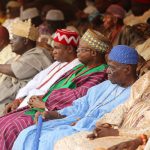