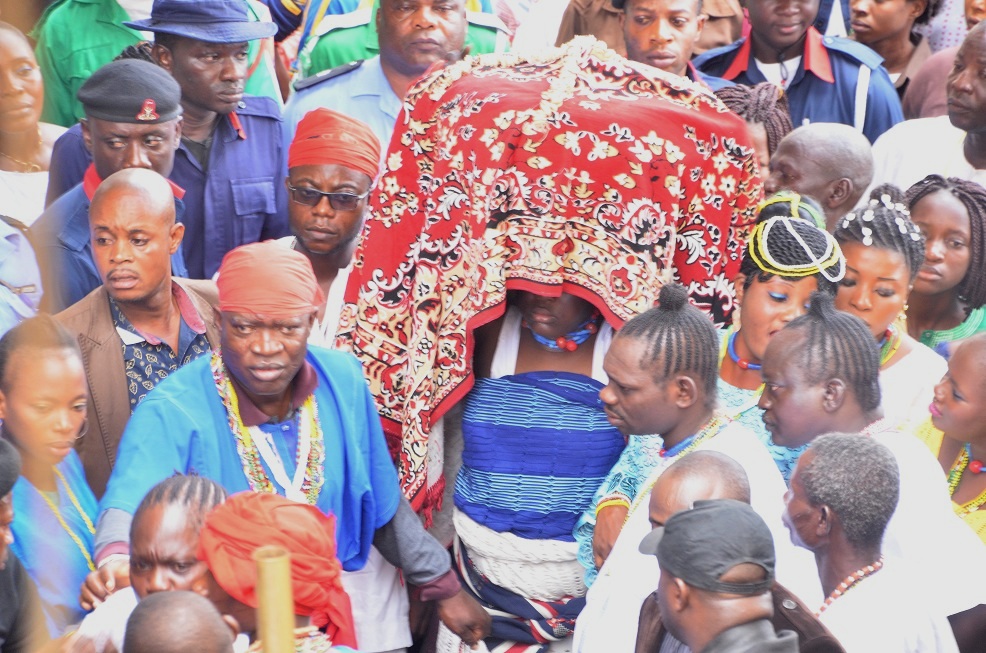 The Osun State Governor, Mr. Rauf Aregbesola, has called on the Federal Government to embrace tourism in the face of dwindling revenue from oil.

Speaking at the grand finale of the grand finale of the Osun Osogbo Festival in Osogbo on Friday, the governor, who was represented by the former Commissioner for Culture, Tourism and Home Affairs in the state, Mr. Sikiru Ayedun, said government and other stakeholders should explore the opportunities embedded in the festival.
He said government should incorporate the festival in its diversification plans, noting that tourism could be used to generate more revenue for the government, especially at this period that oil, which is the mainstay of the nation’s economy, was not yielding fruits like it used to.

“We unfortunately do not celebrate our culture the way we should,” he added.
Other dignitaries at the event, including the National Coordinator of the Oodua People’s Congress, Chief Gani Adams, and the governor emeritus of the Rotary International, Dr. Mike Omotosho, also called on the government to make the festival more attractive to tourists.
Adams said government and the organisers of the festival should do more to promote it in order to attract more visitors, saying that could attract more tourists to the event and boost the economy of the state. He said many countries where tourists often visit do not have as many interesting places of interest as Nigeria but lamented the neglect of promotion of culture and tourism in the country.
He said, “The Federal Government should collaborate with the state  government and the people of Osun in creating a platform where the Osun Festival could  be showcased for the world to embrace.
“Osun is a goddess that has been strong and honourable for ages. If well organised, festivals like Osun Osogbo Festival can boost the economy of any country. The cost implication of getting to this place is N5,000 and if we multiply this by the thousands of people who attended the festival, it will be a huge amount.
“I am not happy with the way the number of participants has been decreasing. This is an indication that the organisers are not doing enough to woo tourists to the festival. Osun Festival could be promoted more in many ways.
“Nothing stops major television stations in the country from covering this event live. This will whet the appetite of those who are not there and the strategy would increase participation in subsequent ones.”
“I am not pleased in any way with the organisers of this event for their way of not arranging anything to eat. We don’t celebrate Christmas without eating anything and Ileya ( Eid el Kabir)  too. How can we call this a festival when you don’t give the people just a sachet water.
Omotosho said the groove should be developed to make it more appealing to tourists from within and from outside the country to come and visit the place.
The Director General of the National Commission for Museums and Monuments, Mr. Yusuf Abdullah, lauded the organisers of the event for the facilities put in place to make it a hitch free event.
The festival was held with no major incident despite the rumour of the plan by some persons to kidnap the ‘Arugba Osun’ which is the cynosure of all eyes during the procession to the shrine.