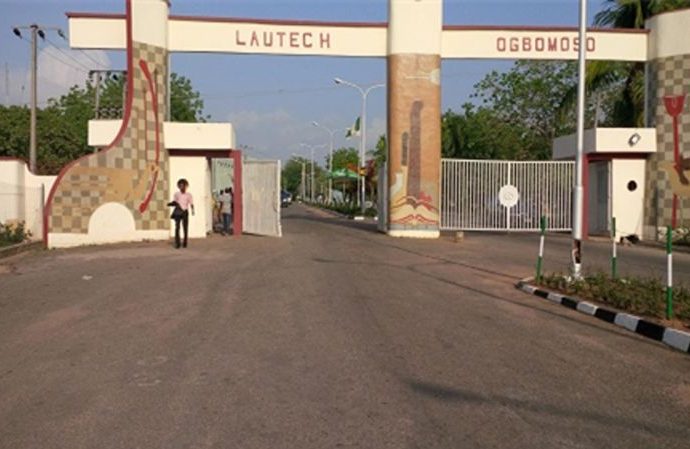 Osun State House of Assembly has insisted that there was no going back on the joint ownership of Ladoke Akintola University of Technology (LAUTECH) by Osun and Oyo states which started since the institution was established in 1990 during the then old Oyo State.
A member of the House representing Ife South and Chairman, Committee on Education, Folorunso Bamisayemi told LAUTECH staff at a House of Assembly session in Osogbo, yesterday, that the attempt by Oyo to disengage Osun from the joint ownership of the institution, following allegation of the state’s failure to pay its counterpart funding, was tantamount to a betrayal of the spirit of communal relationionship that gave birth to the joint ownership.

Bamisayemi warned against violation of the judgment of the Supreme court of March 26, 2012 and recalled that the apex court had held that the university was and would always be jointly owned by both states.
He insisted that Oyo alone could not unilaterally lay claim to sole ownership of the institution.
On Tuesday, thugs allegedly attacked Osun indigenes in LAUTECH and asked them “to vacate” the institution until security agencies later restored peace to the school.
Meanwhile, the Academic Staff Union of Universities (ASUU), Ibadan Zone, on Wednesday condemned invasion of LAUTECHby suspected thugs.
One Dr. Osunbade, said to be a lecturer in the institution and a native of Oyo was reportedly attacked by the thugs who mistook him for a native of Osun State because of ‘Osun’ prefix in his name.
Zonal Coordinator of ASUU, Dr Ade Adejumo, however, asked the police to ensure that the perpetrators are arrested and brought to book, warning politicians against politicising the LAUTECH crisis.

The Police Public Relations Officer in Oyo State Command, Adekunle Ajisebutu, a Superintendent of Police (SP), told Daily Sun that the command has restored normalcy to the campus, while police have started investigation into the incident.
“We have provided adequate security around the university to forestall any breakdown of law and order. There is no cause for alarm,” he said.
In a related development, the Yoruba social-cultural and political organisation, Afenifere Renewal Group (ARG), has called for caution over the crisis at LAUTECH jointly owned by Oyo and Osun.
ARG’s publicity secretary, Kunle Famoriyo, said “ARG is particularly worried by the reported violent attack on some officials of the university by some unknown persons. We believe that such barbaric and insensate act has no root in our society and should not be allowed. We therefore call for calm and understanding among all the stakeholders of the university. The significant financial challenges facing LAUTECH does not and must not translate to enmity between the indigenes of the States as this is against the spirit of peace and unity of our leaders.”
In a statement, Famoriyo, however, urged governors of the two states, Senator Abiola Ajimobi (Oyo) and Ogbeni Rauf Aregbesola (Osun), to quickly come to a round-table on the matter and resolve all agitations in the overall interest of the larger community that the university serves.
“They both must quickly bring to bear their leadership acumen to contain this festering sore that may become gangrenous if not awarded the adequate and deserving attention required,” he stated.
The ARG also enjoined the Soun of Ogbomoso, Oba Oba Jimoh Oladunni Oyewumi, Ajagungbade III, to assist in nipping this crisis in the bud.