Aregbesola Charges The People Of Orile-Owu To Live Peacefully

The Governor of the State of Osun, Ogbeni Rauf Adesoji Aregbesola has implored all the people residing in Orile-Owu and the entire people of the state to continue to be law-abiding and live peacefully with one another.
The Governor gave this charge while presenting the Staff of Office and Instrument of Appointment to the newly crowned Olowu of Orile-Owu, Oba David Ajolola Akinfolabi Lagbedu III at the Palace Square in Orile-Owu.

Ogbeni Aregbesola who was represented at the event by the Secretary to the State Government, Alhaji Moshood Olalekan Adeoti said the event was another demonstration of the respect, recognition and attention which the administration in the state accords the Traditional Institution, saying our revered Royal Fathers have a pride
of place in the state of Osun.
Aregbesola enjoined all sons and daughters of the ancient town of Orile-Owu to co-operate and render all necessary support and assistance to the new Olowu. He promised to look into the requests made by the people of the town.
The Council Manager of Ayedaade South Local Council Development Area, Mr. Mukaila Badru called on the people of the town to co-operate and support the efforts of the Council Management to ensure the rapid development of the area as envisioned by the Governor. He appealed to them to pay their taxes and levies as and when due.
The new Olowu of Orile-Owu, Oba David Ajolola Akinfolabi Lagbedu III thanked Almighty God and Ogbeni Aregbesola for the honour done him promising that, he would work for the development and progress of the town. 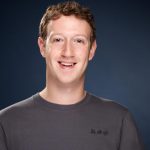