Osun Osogbo is a blessing to Osogbo —Ataoja

In his leisure moment after he is done with multiple meetings, the Ataoja of Osogbo, Oba Jimoh Olanipekun could be extremely lively. His anecdotes spiced with rich Yoruba proverbs are unparalleled. He is also an acclaimed strong Muslim. Yet he is the custodian of Osun Osogbo festival and other traditional obligations. In an interview by TUNDE BUSARI, he speaks on how he maintains balance between his faith and traditional duties. Excerpts:

You are a Muslim with strong attachment with Tijaniyyah sect. How do you balance this with your role as custodian of custom and tradition in reference to   Osun Osogbo festival?
Every traditional ruler in Yorubaland must know that regardless of his religion, he is the one in charge of the custom and tradition of his town. He is the one his subjects look up to for the preservation of the custom. There is no dispute over it. There is also no dispute over the fact that the traditional ruler must strike a balance in a way one does not disturb the other. Regarding Osun Osogbo you referred to, you should know that the festival has transcended our domain here. It is an international festival recognized by the UNESCO. It is now a tourism product that tourists across the world look forward to every year. Osun Osogbo is a blessing to Osogbo and there is nothing anybody can do about it. I am the chief host according to my position. We should not mix it up. We should not forget the history of the town, which is what the festival is all about. Whoever forgets his past will live to blame himself. We are happy that the festival is more beneficial to us, starting from the name the whole state bears. Is anything more beneficial than that? It a grace we should always appreciate.

Did you at a point in your early life see yourself as future Ataoja?
My answer to this kind of question is to thank God for all he has done because without him nothing it happens in the life of man. The issue is not a matter of one seeing himself on the throne or not. It is manifestation of one’s destiny. My journey of life is that of a traveler who passed through different phases.

Can you expatiate on this?
There is no need to bore you with the details again because my journey is in the public domain.

Our readers will be interested?
I started my life like every other child. I went to schools, I worked as a school teacher and later secretary of Osogbo Local Government Education Authorities. The rest is history.

How can you describe your six years on the throne?
The last six years can best be described as special years in my life because of the fact that they represent years of different activities and experiences. They are years one meet different people from different places. In short they represent on important phase of my life. They are also the foundation upon which I am building the future.

Is there any difference between life before the palace and life now?
You are talking of different world. Life as a private person is totally different from life as an oba. A traditional ruler is more or less a public property. What you say or you don’t say becomes matter of public interest. What you do or you don’t do attracts public attention. But above all, we must give thanks to God for seeing us through the complexities of the status.

There is no gainsaying the fact that opinions are divided on the Osun State Government regarding the state of the economy. While some see from the lens of the government and show understanding, others see it differently. As a royal father of all sides, what is your position?
This question could be tricky. At the same time it is straight forward if one can study it well. You have just presented two positions, which are the true picture of life. A coin has two sides. And if you look at human composition, you will realize that most of our organs are like twins; our eyes, nose, ears, arms, legs. In the light of this, you realize that humans cannot view an object same way. To be specific now, you should not expect the public to see government or leadership in the same way. Some will see positive side. Others will see negative side. It is because of these I advise people holding leadership position to try as much as their capacity can carry them to deliver their promise before their time is up so that history will be fair to them even when the people are not.

You seem to be saying that leaders cannot satisfy all?
Who can satisfy all in this world? Go to Holy Quran and Bible, you will understand it better. What happened to prophet Muhammed? What happened to Prophet Isah whom Christians call Jesus Christ? These examples are enough to tell you what I mean. As far as I am concerned, the state government is doing its best and we are seeing what it is doing. I am particularly giving credit to Ogbeni AbdulRauf Aregbesola for his courage to stick to his promise despite the unexpected situation he has found himself. The song everywhere now even beyond Nigeria is that of economic recession. People should be fair to Ogbeni and face the reality. We should be tolerant of one another regardless of our political affiliations. People make political parties not the other way round. We should not use politics to interpret everything. As a former civil servant, I understand the current situation but we still need to show understanding and persevere to reap the fruit in the end.

You position must have been derived from the new look of Osogbo?
How do you want me to answer this question without you accusing me of bias? But which traditional ruler will not support a governor who did what Ogbeni has done for my town during my reign? I am not an hypocrite. I am not an ingrate either. If, with the little resources, works are still ongoing on some projects not only in Osogbo, Ogbeni deserves my commendation. As an indigene of the town, are you not always happy that your hometown is wearing a look of a true state capital? We are talking of development here, not politics. He is a wonderful governor with due respect to his predecessors too.

You are always seen in heavy attires, a contrast to shirt and trouser you wore as a public servant. Are you not missing those stuffs?
Do you believe in dress code?

Yes.
Fine. If you believe that there are certain attires that go with your job, you should not be surprised to see me in agbada. The position I am occupying requires me to dress by example. Yoruba culture is second to none. We have rich, beautiful dresses that foreigners like to see. Agbada is one of them. So, if as a traditional ruler I am always seen in agbada, I think I am complying with the code of the stool.

Does that mean shirt and trouser is a taboo to you?
Who says it is a taboo. I am not forbidden to wear them but it must be a private wear. When I am supposed to come out of the palace, I must be seen in my full regalia that depicts the throne.

What is your take on the state of our culture falling flat before foreign influence?
Osun Osogbo festival is evidence that we are losing a lot of things by not appreciating our culture. The number of the foreigners who come here and the kind of excitement they show always catch my interest. They want to wear our attires. They want to dance to our dundun and shekere and bata. They love mixing with us. This shows the extent they appreciate our culture. As a traditional ruler I am repeating it again that we must not throw our culture away. If we do, I don’t wish we regret it. I understand that Yoruba Language is an important subject in some foreign universities. What does this tell us? It means foreigners are learning our language to import it back to us when we are running away from our culture. The earlier we realize it the better so that as I said we don’t regret it. 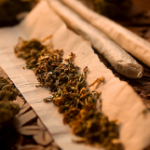 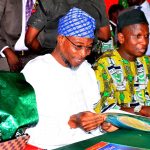