O’Rehab: A New Life For Roaming Psychotics in Osun 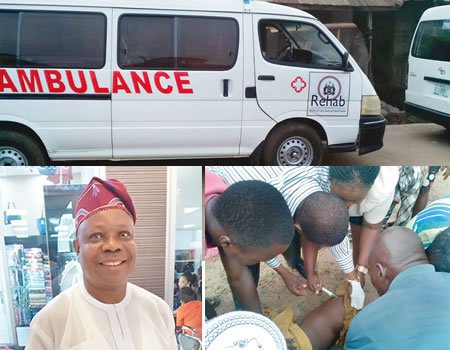 The general belief that people suffering from mental imbalance cannot be completely healed has been proved to be a fallacy with the complete cure and rehabilitation of over 160 vagrant psychotics under the O’Rehab scheme. YEJIDE GBENGA-OGUNDARE writes on the life at the rehabilitation centre in Ilobu, Osun State and the new life of inmates that graduate after being cured.

A popular mentally imbalanced man known as Baba Sogo in Ile Ife had been on the streets due to psychotic disorder for 30 years before he was taken off the streets for treatment and rehabilitation. Today, he has been integrated into the society and is living a new life.
On the night of December 24, 2016, the governor of the Osun State, Rauf Aregbesola on his way from the Iwude festival in Ilesa, noticed a young woman who had mental disorder and a broken leg and had been roaming the streets at Isona community. He instructed that she be taken her off the streets that night and given proper care.
Today, the lady had regained her senses. And though she’s still on admission at LAUTECH Teaching Hospital in Osogbo, she conversed intelligently with Nigerian Tribune and the search for her family is on so she can be handed over to them after rehabilitation to prevent a relapse.

62-year-old Fatunmise (last name withheld), a graduate of political science with second class upper was retrieved from the streets of Ile Ife in August 2012, after being psychotic for 11 years. He was admitted to the Obafemi Awolowo University Teaching Hospital under the O Rehab scheme and discharged in March 2013 after which he was re-united with his family.
64 years old Madam Funmilayo (last name withheld), was equally psychotic for seven years after being deported from the United States of America. She was a common feature along Okefia in Osogbo where she was retrieved and treated at the General Hospital, Asubiaro on November 7, 2013 and discharged in May 2014.
These are few of the over 160 pyschotic vagrants that were given a new lease of life by the O’Rehab Scheme, an initiative of Ogbeni Rauf Aregbesola, the governor of the state of Osun. 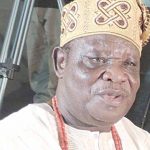