The arraignment of six suspects including Oba Ademola Ademulyi, Akeem Eluwole and four others arrested in connection with the clash between the Yoruba and Hausa community in Ile-Ife which was supposed to come up today, has been postponed.
They suspects were expected to appear before Justice Kudirat Akano but the arraignment was postponed till tomorrow, April 26 because the consent of the court was not taken before bringing the suspects to court.
The suspects were brought to court today and everything was set in place but the consent of the court had not been taken which necessitated the postponement.
Six suspects including Oba Ademulyi, Akeem Eluwole the husband of the principal suspect Kuburat Eluwole and four others were sighted at the police headquarters on Monday morning.
They arrived Osogbo late Sunday night and they were all allowed access to their counsels and medical doctors but the police are yet to decide on the next line of action.

One of the counsels to the suspects, Barrister Posi Omisakin confirmed that they are already in the State of Osun but he could not predict the next action of the police when he was contacted yesterday.
However, the only woman arrested in connection to the crisis which was alleged to be the principal actor, Kuburat Eluwole is still at the force headquarters in Abuja. The reason for her retention could not be confirmed at the time of filing this report.
Osun Defender’s efforts to confirm details from the State Commissioner of Police, Fimihan Adeoye were unsuccessful as the command was still battling with the death of the former State Governor, Senator Isiaka Adeleleke on Monday.
The police source however confirmed that all other suspects arrested have been granted administrative bail remaining only Kuburat Eluwole in Abuja while the six others are already in Osun. 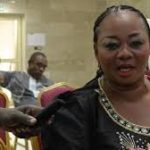 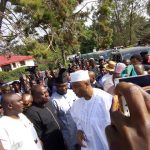