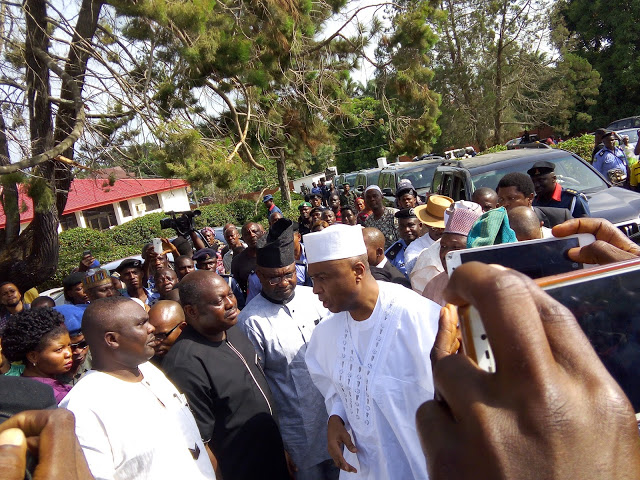 Senate President, Dr Bukola Saraki wants the family of the late former Governor of Osun state, Senator Isiaka Adeleke to accept his demise as the will of Almighty Allah, during a condolence visit to the family of the late senator, in Ede Monday evening, said Adeleke’s  sudden death was a great loss not to the state alone but to the country at large.

Received by the immediate brother of the deceased, Dr. Deji Adeleke, the Senate President who described Adeleke as a good and jovial man during his lifetime, said he would be greatly missed by all.
He said the way and manner the people were crying over his death was a pointer to the fact that Adeleke was a man loved by all.
While responding, Dr Adeleke said the family is still in pain over the sudden death of his brother, describing him as a perfect gentleman, who was loved by his entire family.