The National Working Committee of the All Progressives Congress has Monday cleared Senator Mudasiru Hussein to contest the party’s primaries for the Osun West senatorial district holding tomorrow, Tuesday June 13, 2017.
This is the outcome of the meeting of the NWC in Abuja which reviewed the decision of the Appeal Panel which had earlier dismissed the appeal filed by Senator Hussain on Sunday.
By the regulation of the party, the decision of the NWC of the party is final.
Therefore, delegates for the APC West senatorial district primaries are to proceed to the designated centre for the exercise on Tuesday.
Signed:
Barr Kunle Oyatomi
Director, Media & Strategy,
APC, Osun 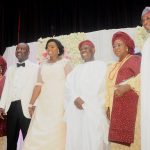