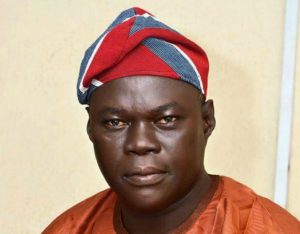 The Commissioner for Information and Strategy, Mr. Adelani Baderinwa has called on the League of Veteran Journalists in the State of Osun to use their wealth of experience and wisdom to better the journalism profession particularly among the up and coming professionals in the State.
The Commissioner made the call while receiving the veterans who paid him a courtesy call in his office.

According to him, the profession is going through a lot of challenges which need the attention of all experienced hands to redeem; hence the veterans should be ready to assist in this regard.
The Commissioner while appreciating the veterans who deemed it fit to visit him, called on them to strive further to support the programmes and activities of the present administration led by Ogbeni Rauf Aregbesola.
Mr. Baderinwa also assured the veterans that, the association would not be left out in the scheme of things, saying the Ministry of Information and Strategy would render all necessary assistance needed to make their programmes successful.
Earlier in his speech, the Chairman of the League of Veteran Journalists, Prince Kayode Adedire pledged the loyalty and support of the over 20 members of the association to the Commissioner, saying his appointment makes him the first thorough bred professional to assume the position of Commissioner for Information since the creation of the State.
Prince Adedire also commended the Governor, Ogbeni Rauf Aregbesola for appointing Mr. Baderinwa as a Commissioner having fully paid his dues in politics as well as the journalism profession. 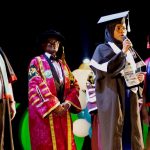