Osun with its capital at Osogbo  is an inland state in south-western Nigeria.  It is home to several of Nigeria’s most famous landmarks, including the campus of Obafemi Awolowo University, Nigeria’s pre-eminent institution of higher learning located in the ancient town of Ile-Ifo, an important early centre of political and religious development for Yoruba culture.  Osun State was created from the old Oyo State in 1991 and has an estimated population of 4,137,600 people.
The state shot into international limelight recently when the government’s initiative at providing work to the unemployed youths in the state attracted the attention of the World Bank.
The state government, under the leadership of Rauf Aregbesola, on assumption of office in May 29, 2010 set up the Osun Youth Empowerment Scheme (OYES), to address the issues of teeming youth unemployment in the state. The scheme was borne out of a realisation that conventional employment approach would hardly make any impact on the jobless situation of youths in the state and  the only way one could bring in a fairly large number of those who do not have anything to do would be engaging them in community, social and public services. Also, “when you engage the segment of the society with the highest potential for mischief, what you have done is simply eliminating threats to lives and property. If you don’t have productive areas to engage the youth, they would engage themselves in all sorts of societal menace,”Aregbesola said.
To start the scheme rolling, the government put up an advertisement in major newspapers calling for volunteers to participate in the project
According to the governor: “ The first advertisement attracted 250,000 applicants and we picked 20,000 without any primordial consideration. We gave the beneficiaries discipline and leadership training.”
The participants were categorised  into Green Gang (for environmental beautification and greenery), Sanitation Czars (for sanitation), Public Works Brigade ( maintenance of roads, public buildings and infrastructure), Paramedics (emergency services and primary health support), Traffic Marshall (maintenance and sanity on the roads), Sheriff Corps (maintenance of communal peace and order) and Teacher Corps (volunteer teaching in public schools).
A major advantage of this initiative is that the participants are engaged in what would benefit their communities and the undertaking was not stressful. A cadet does not have to work for more than two or three hours a day, and they don’t work throughout the day. They have time to do other things for themselves.
According to the governor: “So many of them took advantage of it to get themselves into other things. Some went into trading, some went into cooperative arrangements. Many of them are successful as we made it clear from the beginning that the scheme was not going to be a permanent engagement. If you serve for two years, we expect you, with the training you have received on leadership and training and the time you have to do things for yourself, to put your heart together and get something doing”.

Aregbesola said the World Bank became interested in the scheme after the state government intimated it of   its intention to embark on OYES.  “It interested them and they sent people to come and understudy us,” the elated governor said.
Besides, he said the OYES provided the background and basis for the setting up of the Federal Government’s Youth Employment and Social Support Operation (YESSO) which was launched in Abuja recently.
This is a laudable scheme which every state government desirous to take the jobless youths off the streets, should embark on. The injection of N200 million into the system as allowances to the cadets helps to stimulate the economy and keeps economic activities bubbling.
Besides, the programme is not discriminatory as youths from all parts of the country are eligible to participate.
Perhaps, what the Federal Government should do to make the scheme more effective nation-wide is to match the figures of the trainees in each state with equal  number of support to make it more appealing.
Also, for those who may want to go into other  specialised self-employed schemes, more time could be given for acquisition of the requisite training and skills needed for such self employments.
DAILY INDEPENDENT 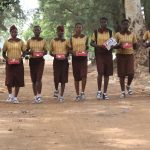