The Osun Government on Friday began the  dredging of rivers and water ways  in all parts of the state to avert flood disaster  as rainy season approaches.
The News Agency of Nigeria (NAN) reports that the dredging was part of the state government’s efforts to protect the residents against flooding.
NAN reports that Osogbo, Ikirun, Ikire,  Ilesa, Ile-Ife and Ede are flood-prone.
The state Commissioner for Environment, Prof. Bukola Oyawole, told NAN that the dredging was part of the commitment of Gov. Rauf  Aregbesola’s administration toward safe and habitable environment in the state.
Oyawole said that government had invested adequately in the dredging and clearing of rivers and waterways to prevent flooding.
Meanwhile, some residents of the state have commended the government for its efforts to address the problem and urged governments at all levels to be responsive to the plight of the people by protecting them from disasters.
(NAN) 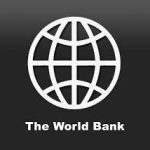 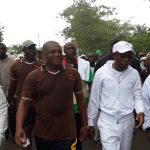