To ensure that senior citizens of Osun State do not wallow in abject poverty having served the state meritoriously, the state government has paid N37.9billion as pension and gratuity to them.

The state commissioner for finance, budget and economic planning, Dr. Wale Bolorunduro, who stated this at a press conference in Osogbo said that N24.3billion was paid to retired workers in the state while N13.6billion was paid to those at the local government councils.

The state government has committed such huge money for the welfare of the retired workers despite challenges posed by the dwindling revenue to the state from the federation account.

According to him, “Despite challenges posed by the dwindling revenue to the state from the federal government, the state government has paid a total sum of N24.3billion to pensioners as pension and gratuity to retired workers in the state”.

While assuring that the retirees will continue to enjoy their monthly emolument, Bolorunduro hinted that the current administration has jerked up the monthly pension obligations to retired workers from N250million to N600million.

On the actual debt of the state, Bolorunduro said the state debt stand at N39billion which he described as sustainable.

According to him, the philosophy of the present administration is based on the welfare and good living standard of the people unlike in the past. 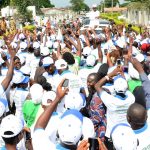 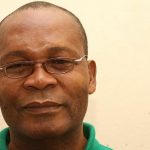