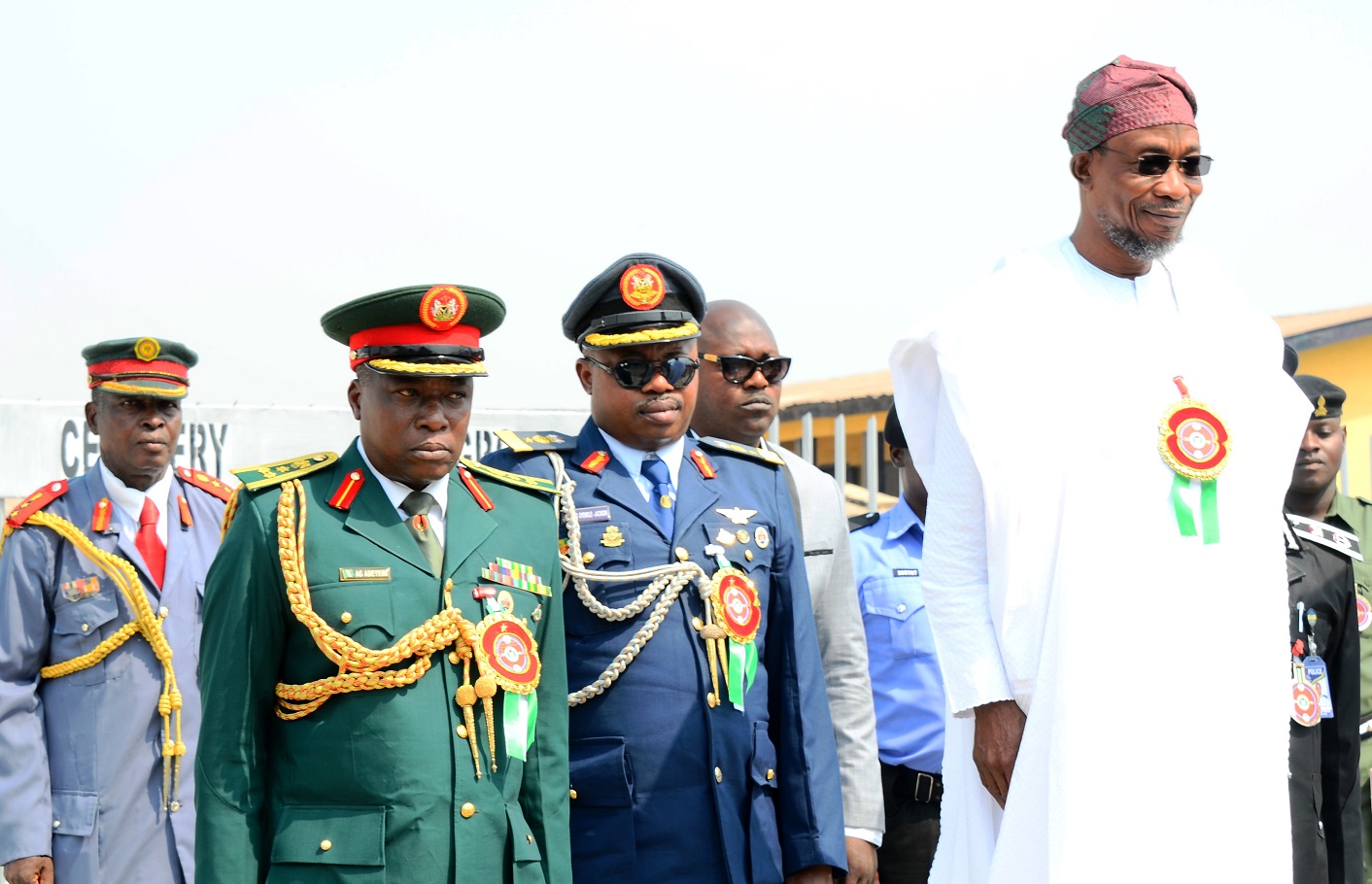 Osun State Governor, Mr. Rauf Aregbesola, yesterday described the Boko Haram insurgents as the common enemy of Nigerians irrespective of ethnicity, religion or race.
Aregbesola stated this at the Armed Forces Remembrance Day ceremony and laying of wreath in honour of fallen soldiers held at the cenotaph site in Osogbo.
This was even as the governor demanded an unreserved apology from those casting aspersions on the academic qualification of Gen. Muhammadu Buhari, saying that for Buhari to have risen to the level of a general in the army, he deserves the respect of all.
The governor stated that all hands must be on deck to ensure that the menace of insurgents in certain parts of Nigeria was brought to a permanent halt by every Nigerian without any consideration of tribe.
The governor called on all religious and traditional worshippers to use every power in their custody to fight terrorism to a standstill, saying they have all the spiritual powers to fight Boko Haram.
He held that the Armed Forces Remembrance ceremony should serve to inspire the hearts of Nigerians to be more committed to the progress and peace of Nigeria.
The governor reminded the gathering that as the remembrance ceremony was going on around the country, many of the uniformed men and women are engaged in deadly battles against a brand in the global network of terrorism of Boko Haram.
According to him, “I refer us to these ongoing battles in order to make the point that the government and the people of this country must in their various ways play the role becoming of them in support of those brave combatants.
“These are trying times. Yet, we must not shrink from our service to this country, whether as soldiers, public or private citizens.
“That enemy, popularly known as Boko Haram, is our common enemy. Consequently, we must be formidably united in confronting it.
It is by standing together in support of our men and women in the fight against terrorism that we can be sure of victory‎,” the governor emphasised.
Aregbesola charged that all must stand together in support of these men and women in the fight against terrorism for the country to be sure of victory.
He added that this was not the time to give up on those who for the country’s collective security are engaged in deadly warfare against terrorism.
The governor said: “Yes we have seen some lapses in the war against terror. Still we cannot run down our fighters. We must give encouragement and support, both in prayers and confidence, to the fighting spirit of our armed forces.
“We must note that those who rise in arms against our compatriots in the North-East are less in number than the rest of us. That misguided and malevolent minority must not triumph over us, the majority.”
Aregbesola urged the Federal Government of Nigeria to sufficiently arm the military for it to effectively rout the Boko Haram terrorists and regain the areas under their control.
The governor therefore called on military authorities to ensure that the welfare of those fighting men and women is well attended to and motivated to win.
The highlights of the remembrance day ceremony included the laying of wreaths by Aregbesola, the Commandant, Nigeria Institute of Safety, Ipetu-Ijesa, Air Commodore. Oyewole Jackson.
Others were Chairman Nigeria Legion, Osun, Col. Alimi Samotu, the state Commissioner of Police, Abubakar Marafa, the Commander, Engineering Construction Command, Ede, Brig. Gen. Gbenga Adeyemi and the Ataoja of Osogbo, Oba Jimoh Olanipekun. 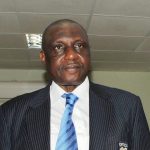 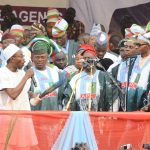