The election petition tribunal sitting in Osogbo has dismissed the petition of the candidate of the Accord Party, Barrister Niyi Owolade. This has actually revealed the farce that passed as petitions at the tribunal.
Owolade had asked for the withdrawal of the petition on the ground of insufficient time. This drew sharp rebuke from the tribunal which charged Owolade of asking for incessant adjournments only to turn round and ask for withdrawal. The petition was then dismissed and N50,000 cost awarded to Aregbesola.
It is a mark of civility to seek legal redress for any perceived injustice and especially on an election, which borders on the sacred mandate of the people. However, this petition was baseless and frivolous ab initio. It was meant to give the wrong impression and cast doubt on an election that was won by Governor Rauf Aregbesola, in spite of all the obstacles put in his way by the PDP Federal Government.
The interesting thing about this case is that both Owolade and Senator Iyiola Omisore, the other petitioner at the tribunal, relied on and put forward basically the same evidence and argued in the same way. Nevertheless, they relied more on deception, lies and misinformation rather than on truth and pursuit of justice.
While the examination of ballot papers was going on, PDP spin a lie that 100,000 ballot papers which belonged to Omisore and wrongly credited to Aregbesola had been discovered and returned to its rightful owner. They now concluded that the discovery had tilted the result in favour of Omisore who would be sworn in on November 27 last year, instead Aregbesola. But as truth would have it, it was Aregbesola that was sworn in. The lie was knocked from its bottom. A television station, AIT, which published the story on its website retracted it with an apology.
The truth eventually came out in the course of the inspection, that not only was a single case of irregularity like invalid ballot paper, unsigned result sheet or unstamped result not found, a recount of the ballot papers was not even in the prayers of Omisore before the tribunal. So a transfer of even a single ballot from Aregbesola to Omisore is not going to happen. The tribunal cannot give to you what you never asked for.
Then again, the PDP caused to be published in some dailies the falsehood that there was over-voting in Oriade Local Government. If this were to be true, it would have established one of the claims of Omisore but the tribunal strongly disavowed this reporting and had to summon the correspondent of punch newspaper who syndicated the story. The tribunal averred that the report was false. The correspondent ran away and never showed up at the tribunal.
Indeed, in the course of inspection, tendering evidence or calling witnesses, it was never established that there was irregularities anywhere. Rather, what was established, even by Omisore’s witnesses, including PDP state secretary, was that the election was peaceful, free and fair.
It is not for me to preempt the tribunal’s judgement, but what is clear now is that PDP went to the tribunal as a face saving measure in order to rally its members in the vain hope of mitigating a catastrophic outing in February general election. 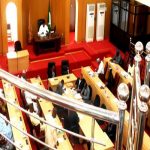 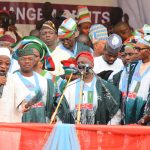