DEAFENING calls from all quarters and all segments of Nigeria and beyond have rented the air, seeking immediate and un-conditional release of the former National Democratic Coalition (NADECO) chieftain Chief Olu Falae who was abducted on his farm along Igbatoro Road, Akure, Ondo State, on Monday.
Governor Aregbesola in an interview with The Guardian reminded the abductors of Chief Falae, his sacrifice and immense contribution as pro-democracy hero to the existence of Nigeria as united country today and the enthronement of democratic order under which all including his abductors are enjoying unfettered liberty in the country now.

Aregbesola reminded the abductors that for the sake of ensuring this liberty, Falae in alliance with many others were jailed and were deprived of their freedom in their resolve and commitment to bequeathing to this generation, a united and democratic country.
The Osun State governor urged the abductors to examine their conscience and recognize the sacrifice the likes of Falae have made on their behalf and on behalf of other Nigerians, to un-conditionally set him free.
APC Southwest Director of Publicity, Afolabi, while demanding the immediate and un-conditional release of Falae, aligned with the position of Aregbesola, urging his abductors to remember that this is not the best way to reward or honour the former Finance and Economic Planning Minister.

Afolabi noted that it is sad and insensitive to have abducted the Akure chief at a period like this which coincided with the second year anniversary of the death of his son, Deji, killed in the plane crash that was conveying the remains of the former Ondo State governor, late Dr. Olusegun Agagu.
The APC chieftain therefore urged the abductors not to add to the trauma of the elder statesman, but to be part of those to bring succour to the former Alliance for Democracy/All Nigerians People’s Party common presidential candidate.
Afenifere chieftain, Omololu who joined the call for the release of the politician, noted with dismay that Falae was abducted at a time when he was to host a conference of 50 Anglican bishops scheduled to kick off in Akure yesterday.
GUARDIAN 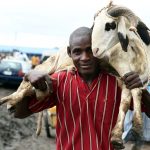