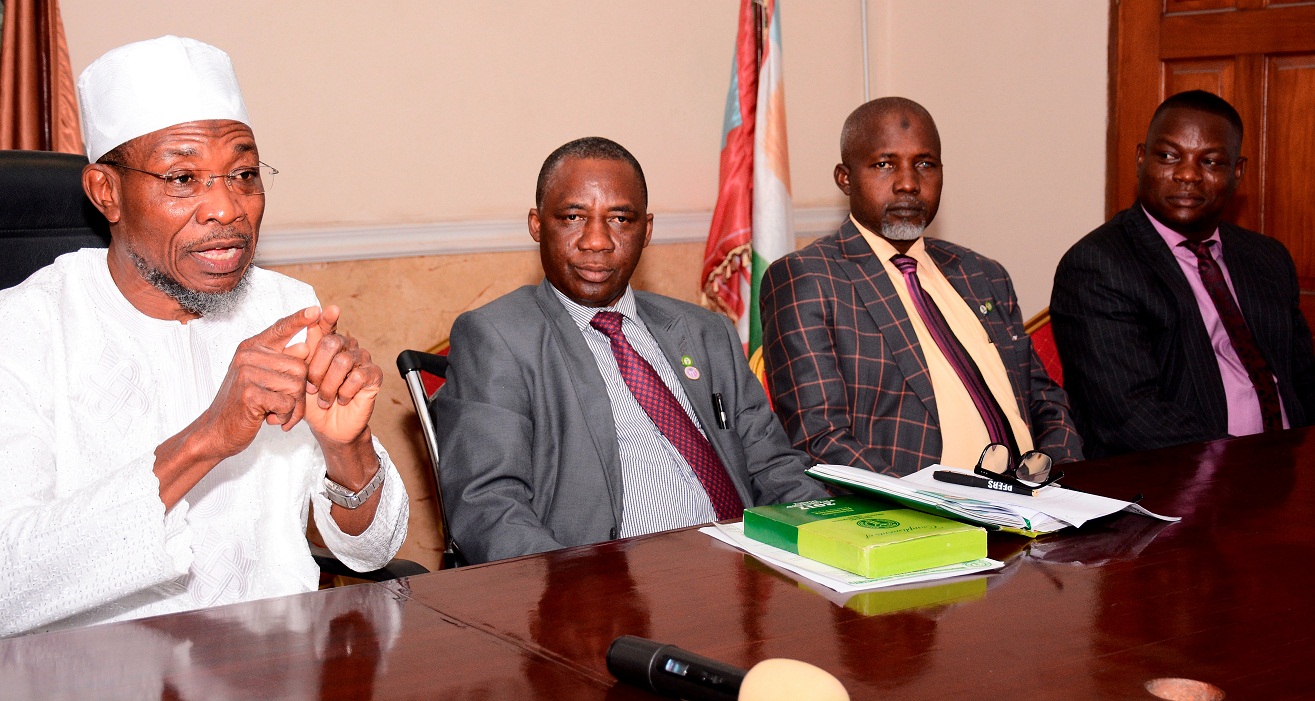 The Governor of Osun, Ogbeni Rauf Aregbesola has charged medical practitioners on the need to always prioritise the safety of lives above other considerations while discharging their duties.
He said healthcare givers must, as a matter of necessity, see the need for them to constantly establish personal/professional sacrifices, standard and quality healthcare delivery in all they do.

Aregbesola gave the charge while receiving the management team of the Nigerian Medical Association (NMA), led by its President, Dr. Mike Ogirima, at the Governor’s office, Osogbo.
Describing medical doctors as the best trained individuals in the world with longest university training and experience, said safety of lives remains unnegotiable to healthcare givers.
Aregbesola, who lamented on the indiscriminate industrial action usually embarked upon by the health practitioners in the country, called on the leadership of NMA to do the needful in reducing the rate of strikes of its members.
According to him, as much as medical practitioners press home their welfares, so they are expected to prioritise the good health of the people in the society.
He appealed to the management of NMA to let their interests in medical practice be inclusive of the physical infrastructure for healthcare delivery.
Aregbesola added, “It is unfortunate that our society has deteriorated. We have lost values in virtually everything especially on the need to prioritise our well-being.
“Doctors and other healthcare professionals are expected to be at the vanguards of lives safety. They are not expected to withdraw their services to the people not to talk of embarking on strikes.
“They are expected to be more concerned about the people’s health than they pursue the welfare of their members.
“Not until this is championed by all medical practitioners, our society remains unsafe.
Commending the Local Government health practitioners in the state, Aregbesola said “if not for them, our society would have collapsed as they have showed extreme understanding to our circumstances”.
“I must commend the local government doctors for being supportive to our administration and for always exhibiting understanding to circumstances. They never shy of saving lives”, he added.
He expressed displeasure over the state of the nation’s economy, saying “for us to appreciate that our economy has declined so badly beyond imagination, Nigeria that has been sharing N1.4trillion monthly between 2011 to June 2013 recently struggled to share N376billion for November.
He said for Osun to clearly operate as government, the state needs N10billion revenue monthly to survive.
Aregbesola said the state has adopted one of the best management strategies to meet with the salary obligations of the state’s workforce.
He said, “The current economic challenges had foisted huge difficulty on us and this has affected government to the extent that we have been receiving deficit allocations, but in spite of this, our government has been struggling to pay workers’ salaries.
“We are literally getting water from stone because I didn’t come to Osun by accident. Nobody has ever done what we have done in Osun. No one has ever attempted what we attempted in all sectors.
“Osun is one of the few states in Nigeria that have been meeting with salary obligations to workforce.”
Recounting his administration’s interventions on quality healthcare services to the people, Aregbesola said, outside Lagos, Osun remains the only state in Nigeria running all round 24/7 ambulance services.
He said Osun outside Lagos also remains the state in the southwestern Nigeria that has been so committed to workers’ welfare.
“We have over 1000 primary healthcare centres in the state. We have a good number of healthcare givers in all our centres as our state-of-the-art healthcare facilities remain superb.
“What we have done in the last 6 years equivalent to what was done in 19 years preceding our administration”, Aregbesola added.
Earlier, the NMA President, Dr. Mike Ozovehe Ogirima, commended Governor Aregbesola’s humility and high sense of commitment to human and capital developments.
He assured the state of the association’s supports just as he called on the state not to relent in its effort in prioritising the welfare of the association.
Also present at the event was the former Special Adviser to the Governor on Health, Dr. Rafiu Isamotu. 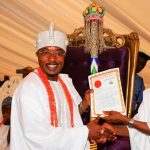