Tragedy was yesterday averted at Sekona, Osogbo Road when Governor of the State of Osun, Ogbeni Rauf Aregbesola reached out to the state’s revamped fire service to put out a fire that had engulfed the area.
Acting on his promise not to leave behind any unfinished project in the state, the Governor was on an evening tour of several projects under construction in the state, when he stumbled on the wild fire that threatened a nearby community. Recall that the Aregbesola-led administration has invested in rebuilding and equipping emergency response services in the state, including the fire service, ambulance unit and other related units.

The governor who showed empathy with the people, promised his administration will continue to secure lives and properties across the state. 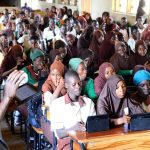 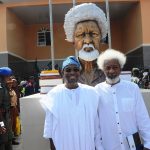