The Governor, state of Osun, Ogbeni Rauf Aregbesola, has received a warm applause for being forthright on the implementation of policies designed to revamp the agriculture sector in the state.
The praise was coming from members of the Osun state chapter of Cassava Growers Association of Nigeria, while they presented their position paper to the State House of Assembly Committee on Agriculture.

The association commended the state for being the bulwark of support to the needs of farmers in the state since assumption of office.
Presenting the paper, the Chairman of the Association, Dr David Ogunsade, described agriculture as the only surviving alternative to dearth of revenue from crude oil production in the country.
He stressed the need for more support from governments, stakeholders and other interested groups to enhance agricultural productivity, capacity, as well improve on the youth’s endorsement and participation in farming.
Ogunsade said government must provide the enabling environment that would further enhance micro-credit facilities to farmers most especially the peasant farmers in the country.
He however saluted Governor Aregbesola’s administration for establishing what he described as a robust and mutually beneficial partnership with the association which according to him, had re-positioned the agricultural sector in the state.
Furthermore, he stated that the government of Osun had done well in boosting the welfare and morale of farmers through its prompt interventions as part of efforts to realising the state’s potentials in agriculture.
Calling for modern agricultural practices to improve on the agricultural productivity in the state, Ogunsade said no effort must be spared by all at building a capacity that would encourage farming through the provision of ultra-modern facilities to farmers.
According to him, for rapid growth in the sector, modern agricultural practices must be encouraged while interest-free loans must be introduced to farmers.
He implored the state not to relent on its goal at turning the state to food basket of the nation.
“Our moribund agricultural infrastructures like cassava processing industry, cocoa processing industry, palm oil production industry among others, must be resuscitated so as to meet the needs of the people and help the state to be self-sufficient in food production.
“We want our Governor to do more in reviving all the cassava processing industries across the state so as to further increase on our cassava production capacity,” he added.
In response, Chairman of the Osun State House committee on Agriculture and Food Security, Mr Gbadebo Abdullahi, said government would continue to support the association in realizing its goals.
He then urged the farmers to always fulfil their obligation by refunding all credit facilities provided by government in order to enable others to benefit.
Abdullahi also tasked the farmers to seek other avenues to improve on their production and quality.
He assured them that the government would do its bit and they should also do theirs while maintaining unity.
Another member of the committee, Mr Israel Aloba, in support, called on the members of the association to cooperate with relevant agencies in the realisation of their dreams, saying this would help fast track their job and make the state the hub of cassava production in the country. 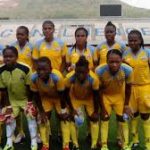 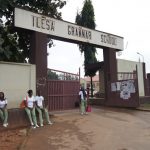