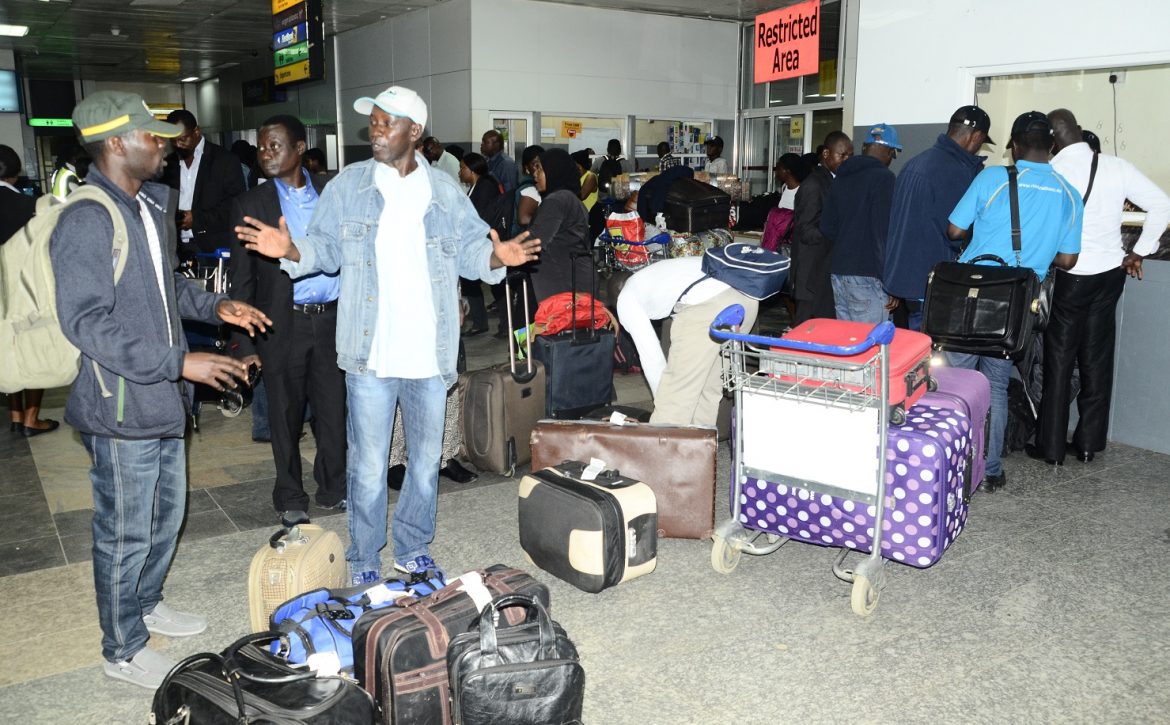 Osun State youths newly trained in agricultural production in Germany returned to Nigeria at the weekend with a promise to create a huge impact in the agriculture and general food production sector of the country.
The youths, numbering 20, arrived into the waiting hands of officials of the Osun State Ministry of Agriculture, Food Security and Youth Engagement.

They came in through the Muritala International Airport, Ikeja, Lagos.
The youths, who were sponsored to Germany by the state government, gave the assurance that they would deliver on their training mandate on their arrival in Osogbo, the state capital, after their two months trip abroad.
It would be recalled that the state government had previously in 2013 sponsored 20 youths to Germany on the need to acquire knowledge in modern agricultural practices with greater impacts in various aspects of agriculture in the state since the team arrived.
This initiative was part of the state’s resolve to banish hunger, enhance wealth through massive increase in food production and agriculture and as well providing assistance and support to farmers in finding and exploiting profitable agricultural practices.
The leader of the youths, Adebayo Waheed Adekunle, who described the initiative as timely, necessary and wise intervention, said the team was ready to bring about the development needed in agriculture.
Adekunle said every member of the team was also ready to translate the experiences they gathered in the course of the training to effect greater agricultural production.
The captain of the team, who described agriculture as the only feasible and workable alternative to crude oil, said the time has come for all and sundry to rise to the occasion and invest hugely in agriculture.
He called for better orientation capable of creating worthy environment for agriculture to thrive, adding: “There is a need to transit from primitive farming method to modern way of practising agriculture.”
Adekunle, who identified contemporary knowledge as the key to successful agricultural practices, said the time has come for every farmer to invest in knowledge-based agriculture.
He said agricultural practice has gone beyond physical manual method, hence called for the need to transit to scientific system, which, according to him, has the capacity to bring the desired result.
According to him: “This trip is an eye opener to modern agricultural methods as we were trained in different aspects of agriculture vis-a-vis technological implications in farming.
“We have been exposed to secrets in agriculture as per how one can improve geometrically on his yields, inputs and outputs easily and professionally.
“I am saying this because we have been made to know that agriculture has gone beyond  traditional manual method but rather highly advanced system, which only required knowledge not unwarranted stress.
“Knowledge rules the world and as such we are ready to put things in the right perspective to turn around agriculture in the state by ensuring that what we learnt brings positive impacts in the lives of the teeming youths and other farmers.”
Adekunle called on the youth to see the need to go back to agriculture instead of relying on white collar jobs that are not existed.
Adekunle, who expressed the hope in the better improvement of the nation’s economy, said: “With agriculture, Nigeria can be great again.”
Read More 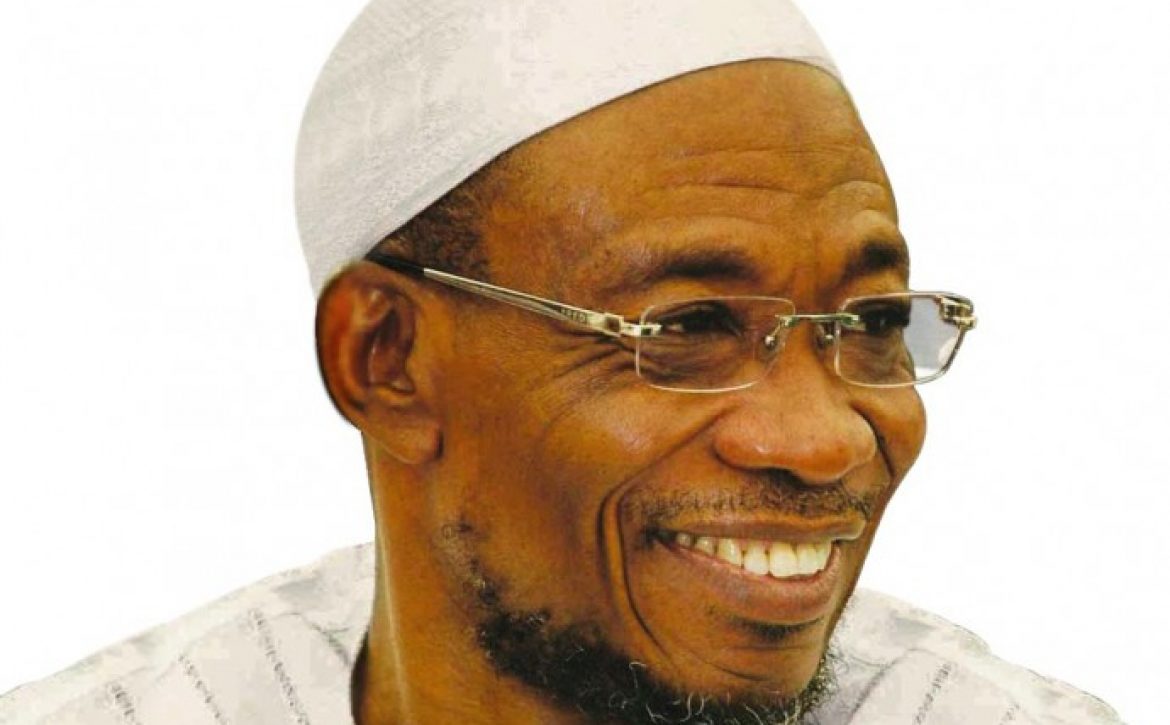 Governor, State of  Osun, Ogbeni Rauf Aregbesola has called for a ban on the export of primary farm produce as part of strategies to ensure food sufficiency in the country.

Aregbesola made the call in Osogbo on Sunday in a statement he issued by his media aide, Semiu Okanlawon
The governor opined that the ban would enhance the value chains of the nation’s agricultural investments.
He also urged government to fashion out measures that would make agriculture to be attractive to a new generation of young Nigerians.
He noted that this would be viable option towards economic diversification, adding that Nigeria had yet to show serious efforts towards making farming a viable venture.
“We should stop exporting primary produce and start adding value. The value of a kilogram of exported cocoa beans increases 5,000% by the time it comes back as chocolate,” the governor said.
Aregbesola said the nation’s agriculture must be directed towards producing what the country needs and not what it could only export.

“The orientation of our agriculture towards producing raw materials, especially cash crops, for the industries in Europe and the Americas must be reversed.
Agriculture is needed primarily for food production; only well fed people can drive economic development.
Good nutrition is the primary basis of good health which drives productivity and energy,” he said.

As part of efforts to boost the internally generated revenue in Osun, the state government and the Cattle Butchers Association in the state have both agreed on seven hundred naira as the  new levy to be paid on each cattle slaughtered in the state.

This was the outcome of a meeting between the butchers and representatives of the state government held at the government secretariat in Abere.
It was also agreed at the meeting that henceforth, the establishment of a new slaughter slab will attract the payment of 50,000 Naira while the registration of each member of the butchers association will attract the sum of 2,500naira and subsequent payment for renewal will attract 1,000 Naira annually.
Speaking during the meeting, former Commissioner for Agric and Food Security in the state, Mr Wale Adedoyin stated that the levies became necessary in a bid to boost the IGR of the state and at the same time provide the necessary facilities at the slaughter slabs across the state.
The consultant to the governor on agric and food security stressed that the administration of Ogbeni Aregbesola does not intend to cause hardship or pains to the butchers through the introduction of the new levies, but to make life better for all and sundry in the state even in the face of the current economic challenges facing the country.
In their separate remarks, the Patron of the state butchers association ,Alhaji Tiamiyu Alamu as well the chairman, Alhaji Sulaiman Adebimpe thanked the government of the state for always carrying them along in decisions that affect the association, saying that members of his association will strive to comply with the new laid down rules.
In his remark, the Coodinating Director in the Ministry of Agriculture, Food Security and Youth Engagement, Dr Bukola Aluko assured the butchers that government will continue to provide facilities and support that will make their job easier. 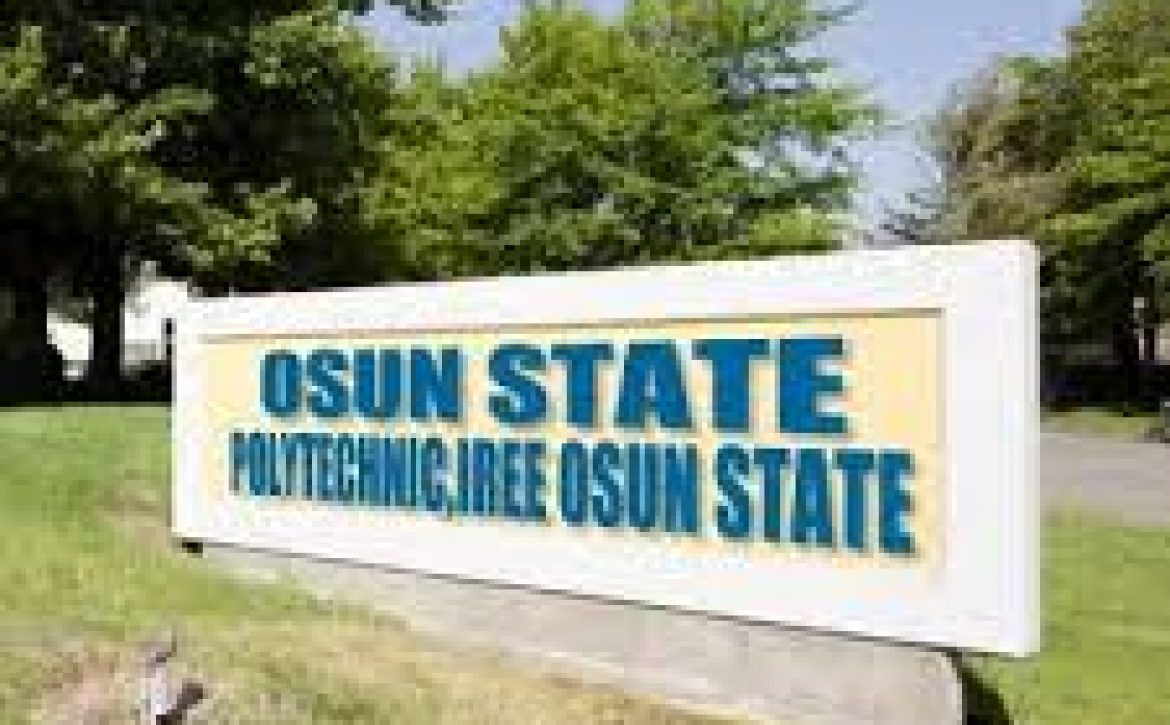 AS part of the efforts at improving the entrepreneurship skills of staff and students of Osun State Polytechnic Iree, a five-day workshop was organised for the polytechnic community on apiary, bee keeping and honey production.

A volunteer of the United States for International Development (USAID) to Nigeria, Mr. Caleb O’Biren described the apiary farming and bee keeping as a panacea to poverty, saying it is a veritable venture that could boost the nation’s economy.

The apiary workshop was packaged by USAID and Winrock International, a Non-Governmental Organisation, as a stable of the farmer-to-farmer programme of the organisation to boost Agricultural technology in Nigeria through trainings and workshops for officials of tertiary institutions and local farmers in the country.

The institution’s Media Relation’s Officer, Mr. Tope Abiola, said participants at the workshop were trained on modern technology of Bee Keeping and Honey Production which the USAID official described as a veritable venture that could be used to provide jobs for unemployed Nigerians.

While explaining the importance of honey and demand for it in all parts of the world, O’biren explained that “honey production is not capital intensive, its production can survive a country, because it is what is needed by all homes in a country”.

“It is a daily need that is used for treatment of certain ailments. It is also used to prevent certain deceases which could cause damage to some cells in our bodies”.

Explaining why the Osun State Polytechnic Iree organised the training for staffers of the institution and farmers in Iree Community, the Rector of the institution who is the facilitator of the workshop, Dr. Jacob Olusola Agboola stated that it was part of the capacity building and skills acquisition program embarked upon recently by the institution.

Dr. Agboola stressed that “apiary and bee keeping is a type of agriculture that we must encourage in our community to engage our teeming youths in the country, who are unemployed, while employed individuals can also embark on it to boost their economic power.

He added that it is part of efforts of the Department of Agric Engineering and Bioenvironmental Studies of the Polytechnic to train local farmers in the state on modern Agricultural skills. 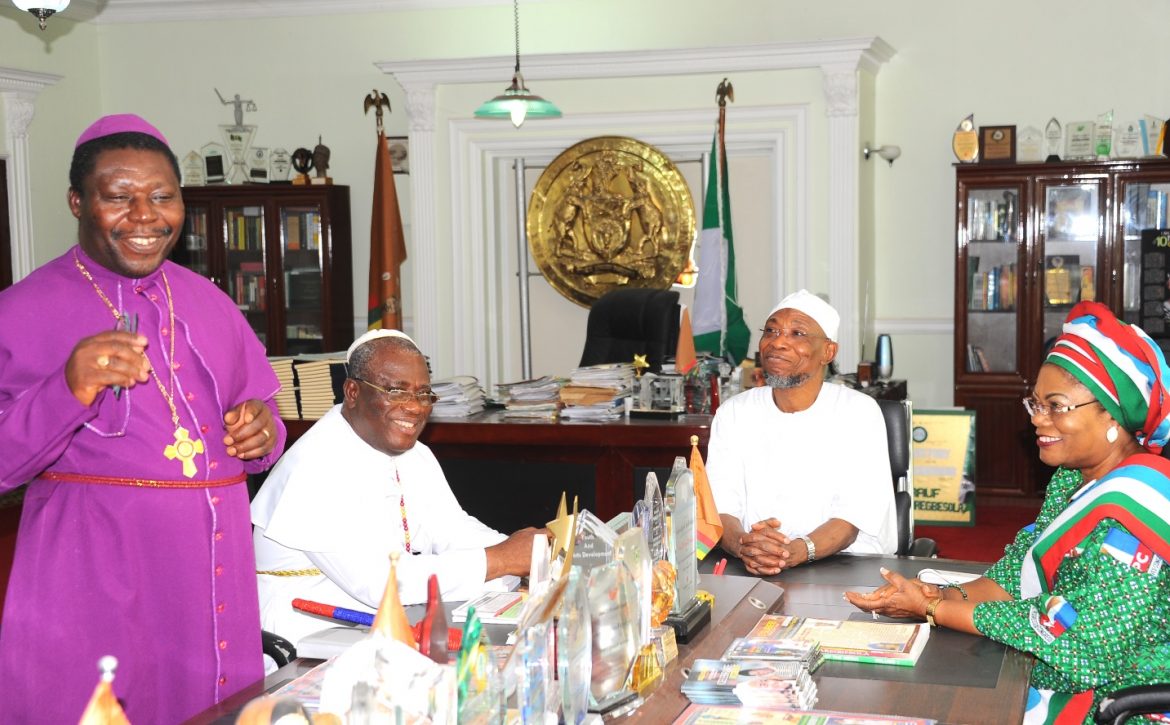